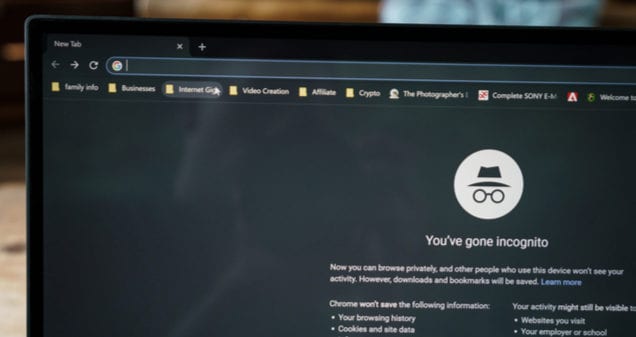 Digital marketers use Google’s platforms and resources so frequently, it has become difficult to imagine a day without loading up Google Chrome, checking in on Google Analytics, or optimizing campaigns in Google Ads.

For the most part, we as professionals remain mostly unconcerned with the methods Google uses to mine the data we utilize daily. However, some of those methods are currently being called into question via a California class-action lawsuit that centers on accusations that Alphabet, Google’s parent company, violated federal wiretap laws.

According to the lawsuit, which was filed in the US District Court for the Northern District of California on behalf of two Google users from Los Angeles and one from Florida, the focus is on Google’s Chrome Browser and its Incognito Mode.

The suit alleges that while a user is in Incognito Mode, Google continues to gather data like URLs, browsing history, search queries, and even device and browser information—including IP addresses. This action, the suit claims, runs contrary to the reasonable expectation of privacy users have when they enter Incognito Mode.

The suit claims that the entire purpose of Incognito Mode is to protect the user’s privacy—a measure it says Google only takes halfway. While users’ cookies, browsing history, and form interactions are not saved to the device itself, Google remains able to continue to collect user data for future analysis.

Overall, the lawsuit alleges that Google “intentionally deceives” users and does not reveal the accurate measure of the data collected, so users cannot legally consent.

According to the lawsuit, this alleged failure to gain consent violates federal and state regulations—predominantly the Federal Wiretap Act.

Since users are unaware the data collection is even taking place, the suit alleges, Google could not have requested permission for it. Further, the lawsuit argues that Alphabet products like Google Ad Manager and Google Analytics operate in the background, invisible to the end-user without knowledge of HTML code. The suit alleges the company has done nothing to request permissions for each, although they are present on every site that partners with Google.

While alleged violations of the California Invasion of Privacy Act are similar, Alphabet likely has much more to fear from similar lawsuits that have settled in Europe. In the largest of them—which garnered a 50 million Euro fine—the company was accused of including multiple, multi-part steps for users to request information about how their data was handled. The court system determined that Google had failed to obtain permission, did not allow users an easy route to opt into data protection, and was not transparent in its data collection efforts.

What Does This Mean for Analytics?

For its part, Google points out that it warns users that while their browsing data will not be stored on the device they are using, other data will continue to be made available to Google as well as third parties. The company includes this messaging every time a user opens an Incognito tab, stating plainly that user activity will remain visible to the websites visited as well as internet service providers, schools, employers, and the like. However, the crux of the matter remains not with the data users know they are sharing with these entities, but with Google platforms like Google Analytics and Google Ad Manager.

As mentioned, most end users do not have a working knowledge of how these products operate on every site that has a relationship with Google, regardless of whether the user is searching via the Chrome Browser. Users running the Chrome Browser with an associated Google account give even more information than their third-party counterparts, linking their personal data with their individual web behavior. Sharing at least some information with Google is nearly inescapable, even if the user is using Incognito Mode—the mode has an API bug that notifies websites users are browsing incognito.

Google continues to benefit from its end of the relationship, whether the user knows it or not, as Analytics and Ad Manager are two of the company’s most significant revenue streams. The way these tools log user behavior and predict user preferences based on websites visited, click-throughs, and other instances generate an enormous amount of data. It’s this data Google partners utilize to perform testing and make website-level marketing and user interface decisions.

For the time being, all Google can do is wait for the class action lawsuit to proceed through the court system. The company has promised to “vigorously defend itself,” pointing out once again that it includes the appropriate privacy warnings at the beginning of each Incognito session. Whether the courts will lean the way the European court system did and leverage the requested $5 billion in damages, or take a milder approach as suggested by many American experts remains to be seen. The development of the case depends on whether legal experts determine that Google kept the nature of its Analytics and Ads programs hidden from end users, or whether users simply failed to read the privacy notice or were unable to understand its implications.

Though the case is in its early days, Vizion Interactive is tracking its development. Watch for more information as it becomes available.