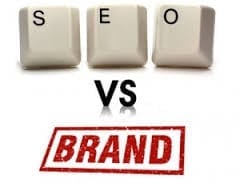 As promised, this is a continuation of the post entitled, “Branding Experts Clash with SEO.” I introduced the problem in that post, and I’d like to provide an example of Branding versus SEO in the real world.

Let’s take a look at Helio. For those of you not familiar with the brand, Helio is an MVNO, or in plain English, they are a company who markets really cool cell phones to teenagers and young 20s, and their service plans piggy back on the Sprint mobile network. It’s actually a very difficult industry to succeed in, when you consider that a majority of their fees go to Sprint for service. They charge enough over the standard Sprint fee to make a profit, but they have to compete with every other cell phone company on the market, including Sprint, Verizon, T-Mobile, and AT&T.

They accomplish this goal by providing phones with extra features and cool designs and some marketing genius. In every Helio Ocean radio commercial I’ve heard, they always say, “Don’t call it a cell phone, call it an Ocean!” Even in traditional marketing circles, they realize that they have to mention the term cell phone, even when they are distinguishing themselves somewhat snottily as superior to the standard cell phone.

I picked Helio because I am enamored with the Ocean, their top of the line “device”. Like many companies offering premium products, Helio wants to distinguish themselves as separate from the cell phone. They focus on the data streaming functionalities and casually mention, “Oh, and you can make calls too,” as if that were a necessary evil. They realize that a new generation has emerged that prefers to send text, emails, photos, etc back and forth with friends rather than talk. What that says about our culture is an entirely different subject, though probably worthy of discussion.

Helio wants the Ocean especially to be considered the “iPhone killer” for one, and a step or two above a cell phone for another. The branding of their product calls for a differentiation between Helio and cell phone. However, go to their website and you will see title tags and META tags including cell phone related terms. Granted, the site isn’t optimized as well as it could be for cell phone terms (no static copy on the home page or most pages and “Helio” always precedes other words in the title tag), but they have made a concerted effort to include the phrases “cell phones”, “mobile phones”, “wireless phones”, “camera phones”, and “mobile devices” along with the Helio branded terms and MySpace and YouTube functionalities.

Truthfully, Helio has a chance at branding themselves in such a way as to become a household name. The company name is catchy and pleasant sounding enough to hold its own. Perhaps their title tag orders are not evidence of poor SEO, but rather a belief that optimizing for Helio terms will actually draw more traffic in the long term. It’s a gamble, but one that some companies believe is worth taking. In truth, the Helio site is more optimized for the word “Helio” than anything else. This isn’t really necessary, because Google has been giving domain names much more authority over the past year and a half. Helio.com shouldn’t have much competition for the word “Helio”, unless a bunch of other people buy domain names with “Helio” in the domain, and even then, I have my doubts that anyone will outrank Helio.com. So it seems a given that they will rank #1 for “Helio”.

That being the case, what is a company like this doing to reach all the other customers who haven’t heard the great news about their company yet? Obviously, the majority of their advertising is going towards television and radio. Get people talking about a brand name, and then they’ll search for it online. That’s probably their thinking. And granted, cell phone phrases are some of the most competitive phrases for search. It WOULD be difficult to rank in the top ten for “cell phone company” or “best cell phones”, but it’s an endeavor Helio can’t afford to avoid.

Unlike Helio, there are hundreds of corporations out there focusing entirely on traditional branding and wording concepts who refuse to compromise on the wording for their site. They end up ranking very well for phrases nobody searches for. If that’s what you’re into, I can help you think up dozens of unpopular phrases you can easily be #1 for. If, for some strange reason, however, you want your SEO efforts to yield measurable results, you will need to set aside your prejudices and listen to the recommendations of a proven SEO firm.