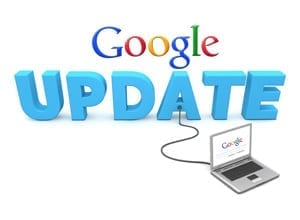 Two Steps Ahead of Google in the Past

Last month, in my column titled Vince: The Google Update We Should Be Talking About (on Search Engine Watch), I had mentioned a comment made by my dear, departed friend Ted Ulle about Google’s Vince Update, and – in particular – something that he proposed as a manner in which Google might determine “brand.”

I also have the sense that there is a change in this direction. In 2008 Eric Schmidt made some comments that brands were more important. My only question is whether the influence is from offline or possible some other factor – such as unlinked brand mentions, or social media buzz.

That’s the beauty of being in the field of SEO. Sometimes you have to get ahead of what’s public knowledge and try to imagine what you would do/think, if you were Google. Turns out, Ted was right in his thinking (which, for those of us who knew Ted, is not really surprising).

This week, Ted’s thought was confirmed via John Mueller of Google in a Google Webmaster Tools Hangout.
Here’s the clip (forward to 47 minutes; 37 seconds for the “official response”):

Since the dawn of SEO “time,” we have preached the importance of building (quality/relevant) links to websites. And while this “official response” merely indicates that Google might use a non-linked mention of a domain/URL in order to crawl it (they can recognize the structure to determine that it’s a URL/Domain, without any hyperlink) and they specifically state that it “doesn’t pass pagerank,” it doesn’t take much imagination to think that Google “could” pass some value through.

You could even take this a step further…

If there’s “some value” in non-linked mentions of your domain/URL, could it be that no-follow links could also pass “some value?” Especially in those cases where the linking website is “quality” and highly trafficked/thought of? Specifically, would a link on Wikipedia be a good thing?
There was a time when no-follow links were quickly discounted. SEOs and client alike might not put any value on links achieved that had the no-follow attribute.

But, if you step out of the “proper SEO” thinking and think bigger picture (what you might do if you were Google), you would think that a brand mention, or mention of a specific domain/URL, would be something that you would want to associate to “some value”…wouldn’t you? In fact, a “natural link profile” absolutely should have a health mix of “followed” links, “no-follow” links, image links, brand anchor text links (*note: some say that your backlink profile should have as many as 80% of your links utilizing “brand” attributes in the anchor text, rather than “stuffing” keywords in your backlink anchor texts in an effort to game Google’s algorithm), video links, social mentions, mentions in the press, mentions in related trade publications, etc.. All of these things amount to “good marketing,” which is why there’s all the buzz surrounding “content marketing,” as if this is a replacement for “SEO.”

SEO has evolved a lot since the (can’t call them “good”) old days. Back in 2000, you might be best served by stuffing as many keywords on a page and gaining links (so long as they were “followed”) from any/all source(s).

Content marketing, brand building, PR, social promotion, good code, quality user experience/usability and – yes – link building all go into a holistic SEO effort, nowadays. Today’s SEOs have had to evolve right along with Google’s algorithm. You simply can’t pigeon-hold yourself into one “specialization.”

Today’s SEO is about good marketing.

So, when your Search Engine Optimization Company (hopefully Vizion Interactive) tells you that you should be writing interesting content on your blog, and engaging influencers in your Industry to aid in promoting that content, and you push back because you have a difficult time understanding the direct correlation to “ROI,” understand that this is just one possible way to build citations (and “brand”), even if there are no associated “links.”