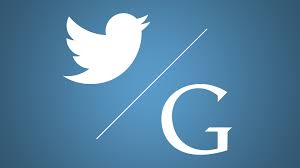 Mark Jackson (no, he’s not related to Michael Jackson) was recently interviewed about Twitter search.

Lately, there has been a lot of hype about Twitter search being a rival for Google search. Twitter still has a lot of ways to go, and it’s very “gameable”. Twitter’s search is based on how fresh your tweet is. In there future, we expect that there will be more algorithmic changes to Twitter search. Twitter needs to address the holes in their search results if they’re ever going to be a rival for Google search and able to index the “real time web”.

When it comes to Twitter Search, for example, there are some indications lately that they are making some changes. For example, when it comes to profile searches, and you have a keyword in your profile,Twitter may be ranking your profile based on the number of followers you have. If someone else comes along later and establishes their account on Twitter and adds that same keyword to their profile, Twitter Search will show the profile that has more followers.

Twitter Search still has a long way to go until they can even think about being a rival for Google. But, certainly, if you want to know what people are talking about on Twitter right now, take a look at Twitter’s trending topics.