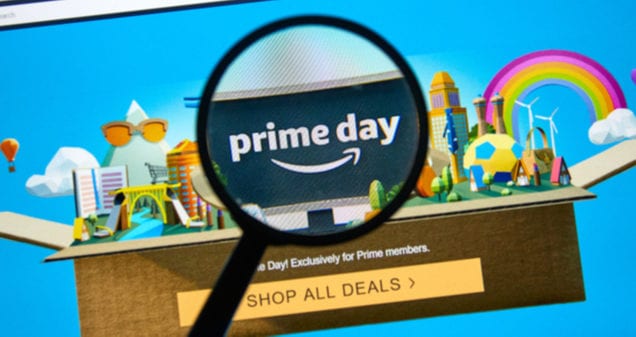 If you’re anxiously awaiting the deals on Amazon Prime Day, you likely know the sales event that was supposed to take place in July has been postponed this year due to the coronavirus pandemic. Amazon has not released an official statement about the date of the event yet other than to say it is being postponed, but there are suspicions that the new date could be coming up in September.

Why Is Prime Day Important?

Although the economic downturn brought on by the COVID-19 pandemic is the reason for the delay, experts expect that it will be a success when the new date is finally revealed. One reason this shopping event is so important for the retail industry is that other big-name stores are likely to try to profit by riding on Amazon’s coattails. Don’t be surprised if you see other large sales events announced by stores like Best Buy and Walmart that coincide and try to compete with Amazon Prime Day. The sales will likely spur a boost in consumer spending that the economy will benefit from. The hope is that the ease in restrictions and business closures will have more people back to work and ready to spend by the time the new date arrives.

When Will the Event Be Rescheduled For?

According to a May article in the Wall Street Journal, the new date for the shopping event is expected to be sometime in September, which gives the economy two months or so to rebound a bit from the original date and allow shoppers to earn some expendable income to go shopping with. Since the event would have probably taken place on July 6th or 13th, starting Monday and continuing into Tuesday, the two month mark would put the new schedule around September 7th or 14th. Other potential dates for the sale to begin in September include the 21st and 28th.

Other factors to consider when trying to pinpoint a date make the hardline date less certain. For one thing, Amazon hasn’t made any official statements yet, so no one truly knows when the event will happen. The recent increase in COVID-19 cases across the country could potentially affect the efforts states have been making to return to normal, which, in turn, could affect the economy and the likelihood of shoppers being back to work and earning money. Keep in mind, too, that in some places, Amazon is limiting the amount of goods being shipped to items that are considered to be essential, so that could play a significant role in the rescheduling of Prime Day.

Yet another influential factor is the release of Apple’s iPhone 12. The date for this product launch is also still a mystery but expected to be sometime in September. Amazon will most likely try to avoid scheduling the event around the same time as the new iPhone release so as not to lose any publicity to excitement over new technology.

As you can see, the guessing game over the new date for Amazon Prime Day 2020 is a complicated one, with many details that need to be considered. It is important to note that in the uncertainty of current events, the event could still be canceled altogether or even launched at different times in different areas, based on where they are in the re-opening process.

What Sort of Deals Should You Expect?

Although the exact details of the deals that will be available on Prime Day are a secret until the shopping day arrives, they do tend to follow trends. One near-certainty is that Amazon will push deals on its own line of tech products as it has done in the past. So, if you are in the market for a new Fire TV, Echo, or Kindle, it may be a good idea to hold out until the sale arrives to maximize your savings on these products.

There are also certain staples of big sale events that you can expect to be included in the Prime Day 2020 event. Video doorbells are a hot item in 2020, and, since Amazon owns Ring, you are likely to see deals on these products. DNA kits are a popular sale item, as are 4K televisions, Apple MacBooks, Windows laptops, Chromebooks, and all other varieties of laptops that are likely to be included in the sale.

How to Prepare for the Event

As you wait patiently for the sales event dates to be released, there are a few things you can do to get ready to shop.

If you have been eagerly anticipating this year’s Amazon Prime Day event, don’t be worried. All signs currently point to a September sale, which will give shoppers a little downtime to save up before Black Friday arrives.

At Vizion Interactive, we have the expertise, experience, and enthusiasm to get results and keep clients happy! Learn more about how our status as a Google Partner, along with our PPC Management, Google Shopping Ads, Social Media Advertising, Amazon Advertising, and other Paid Media services can increase sales and boost your ROI. But don’t just take our word for it, check out what our clients have to say, along with our case studies.