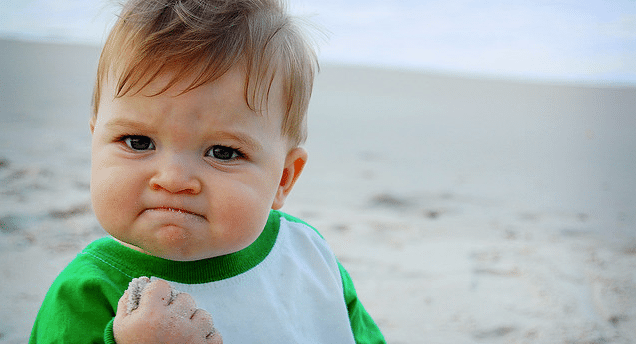 Reddit, the front page of the Internet. If there’s one place you want to get visibility this is it. Sure a spot in the New York Times can generate a good buzz about your company but a link from Reddit on the front page has been known to actually crash sites from the amount of traffic it can generate.

But not everyone is going to make it to the front page and blatant advertising/spam also won’t make it. Though ads do from time to time due to the sheer creativity of them. So we grabbed a few links that went hot this week and jotted some notes down as to why they may have gone viral. We picked an array of links and in no particular order, here we go:

While the title sounds alarming if you read the Wikipedia article that it links to you’ll see that it’s just clickbait. That’s not to say download.com doesn’t infect users with malware, if you click on the first link in the comment section you get taken to How To Geek article that explains what happens when you install the top 10 download.com apps.

So why did it go hot? Download.com is something a lot of people (including myself) use and have used. If you needed a trial version of software to get some work done or to test it out that’s the site you went to. On top of that, nobody wants malware and given Reddit is full of techies who help get rid of some of the malware friends and family unknowingly install.

There are two things people can relate to, Disney movies and bad parking. Combine those two and you can get comedic gold. While you might not be able to use this exact thing for something for your company, it should get the

wheels turning as to how can you incorporate something that’s common knowledge with your marketing. It’s about thinking outside the box and looking at what others might share or find humorous and finding a way to relate it to your customers.

So why this photo? Well it’s not just about the photo so much as it is about the title. Anyone can post an image online, but it takes creativity to come up with something that can elevate the photo to something else. So if you’re creating a meme or looking to integrate a photo of something in your social media think of a way to get people to chuckle and hopefully share it with others. 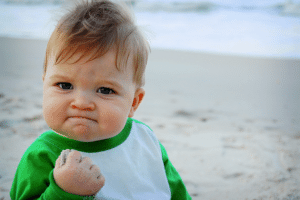 If you don’t know who the success kid is, I’m sorry you’ve been living under a rock. Here’s a link to bring you up to speed. This meme has been used time and time again when people accomplish something or are proud of something. It’s one of the few memes that’s actually difficult to use incorrectly. But all that history aside, the kid was 11 when this meme hit is now 8 and his dad is in dire straits.

So when the Internet heard this family, who has sparked countless hours of laughter and discussion due to the success of the meme, needed help the Internet rallied to help raise funds. Which as of today is at $83,000 of the $75,000 they need.

Why did this do so well? For starters, this story had somewhat of an edge over others. It was a follow up to a widely successful meme. However, it wasn’t the only reason. When a touching story like this hits the front page (or even when it doesn’t) people are more than willing to try and help out. It tugs on an emotional heart string that can’t help but get people to share it and also contribute.

Charity events and causes always have an ability to generate somewhat of a buzz about them. The key thing to remember is to be genuine about it. Hosting or sponsoring an event for the sake of publicity is just wrong. Keep it about the event, about the cause and about those who will benefit from the support that is coming in.

This first post about stuff that has gone viral has already gone on longer than I thought it would, but in the end I guess I can’t be surprised. When something goes viral there’s always a bit of surprise to it. You just can’t plan it.