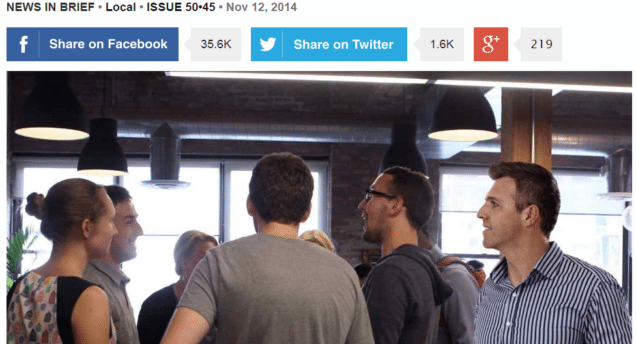 We all know reddit attracts introverted geeks and there’s nothing like a post that empathizes with the introvert’s social plight amid a sea of like-minded socially awkward redditors.


The image, originally posted on imgur, encapsulates who we’ve all felt at different times trying to edge into a conversation at a social event, whether we’re introverts or extroverts.


The post is currently trending at 539 comments and counting in the /funny/ subreddit. This thread is significant because it’s probably the most empathy ever shown in one place in reddit. Ever. And it may never happen again.

Identifying with human struggle is an excellent way for a post to go viral. It’s part of the key to turning a mere novel into a classic we keep going back to: We can all identify with the struggle in some form or fashion.

Given that it was David Letterman’s last show last night, Twitter is all abuzz with the hashtag #thanksDave. Brands that people have an emotional connection with will almost outdo those with less emotional appeal.

Case in point: Coca-cola put up a #thanksDave-esque billboard as part of their #shareaCoke campaign. It did okay on Twitter.

But the Foo Fighers (and who doesn’t love the Foo Fighters?) sang Dave away and are totally crushing it on Twitter this morning.

But both are consistent with their brand: Foo Fighters for music, Coke for iconic advertising.

Long has it been a statistical fact that we could wipe out poverty worldwide if we pooled our financial resources together to support this common cause. Well, Kim K is doing something to that end with the first ever #rednoseday in the United States.

What red noses have to do with poverty isn’t readily apparent (unless we’re saying all impoverished people have allergies). That aside, she’s gotten big names to post photos of themselves donning a red nose, including the inimitable Idris Elba and that guy from the Guardians of the Galaxy.

Enlisting star power for charitable causes can be a great way to spark virality but you don’t have to be a rockstar (or a star with no real talent like the Kardashians) to go viral.