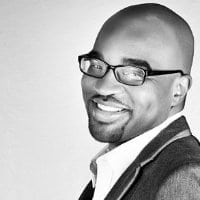 Vizion had the privilege of speaking with Curtis Midkiff at this year’s Dallas Digital Summit 2016. Curtis is the Senior Advisor of Social Business Strategy for Southwest Airlines.

Check out our interview with Curtis below, as he discusses how Southwest successfully utilized Facebook Live to communicate with airline passengers in a power outage situation, and what tips he has for brands who might face their own type of crisis situation in the future.

Check out more interviews with the DDS 2016 digital marketing pros, on our blog:

Kristien: I’m Kristien with Vizion Interactive here at the Dallas Digital Summit 2016 with Curtis Midkiff. Thank you so much for being with us today.

Curtis: Thanks for having me. I really appreciate it.

Kristien: Sure, sure. So tell us a little about what you do.

Curtis: Yeah, my name is Curtis Midkiff. I am a social business advisor at Southwest Airlines. So I’m a part of a relatively new team, my social business team. And what we’re doing collectively is trying to make sure that social media and social innovations are operationalized across the business.

Kristien: Awesome, awesome. And you just had a talk about crisis management. Can you tell us a little bit about it and how guys handled it?

Curtis: Yeah, we were talking about it. It was a short case study. In July, we had a major technology outage. And one of the things we wanted to talk about is how we’d leverage tools like Facebook Live and other social tools as a part of our bigger communication strategy to make sure that we were reaching our customers at a very trying time for them, talked about some of the ways that we like to show to be honest, transparent, genuine, quick, progressive in our main channel and just try to take people through it in lessons that we learned along the way.

Curtis: I think it was a very interesting use of Facebook Live. And my colleagues championed that, some of the work that my colleague, Brooks Thomas, and other people on our team have been doing, to use Facebook Live in kind of day to day or to use live video generally. So we were one of the first brands, if not the first airline, to use Meerkat and Periscope. So when Facebook Live started, we continued using it. And so when the crisis came, we had done other things of smaller crisis like weather issues. And so it was a natural progression. And so, luckily, my colleagues had built trust among executives, and we were able to use that as a good channel to use.

Kristien: Perfect. So what advice do you have for companies that might find themselves in a similar situation?

Curtis: I think it’s very important to understand that, as we talked about in the talk today, every channel that you are on socially has the potential to be a customer service channel. So those channels that you post on, you know, as part of your regular branding, be ready to respond to your customers there. We learned that with LinkedIn and Instagram. You know, those are not necessarily day-to-day customer channels, but because we’re active there and people were reaching out to us anyway they could, we had to be there to give at least operational updates.

The other thing is make sure that you leverage all of your channels, paid, owned, earned, shared, in some sort of coherent manner. So whether that is your earned media, your traditional media, your outreach, you know, that kind of thing, your paid media that you use, you know, leverage very strategically. Your shared media, you know, media platforms that you might share with other entities inside your company, your internal channels, you know, don’t leave your employees out, you know, because they’re the ones who can communicate these messages.

And then the last thing we learned was basically create content for the masses while interacting with individuals. So continue to interact with individuals, try to solve problems. You know, that’s what we’re trying to do in that crisis, because everybody’s trip is different. You had a different thing. But if you started seeing recurring themes that we’re coming in from the data, then that can then inform the content that you produce.

Kristien: Thanks, good advice. So any brands other than Southwest you’ve seen might have handled the crisis situation in a good way that we should try to emulate?

Curtis: I might be partial, but the Red Cross, not just because I used to work there, but they’re kind of a bellwether who had been involved many years before I got there with actually using social as a proactive way to inform the public from a preparedness standpoint on a day-to-day as well as during a disaster, informing the various parties, the affected parties, as to how they can get help as well as informing, you know, folks who wanna donate. They’re really a great example of that.

Curtis: I think the one thing is being tone-deaf to the voice of your customer. It’s one thing to talk about the crisis from your perspective. And that was something we learned in this crisis. You know, it was a technology issue that then had an impact on the operation. So the technology issue was rectified rather quickly, but the operational issues are still enduring. So we couldn’t, from our standpoint, tout the fact that we solved that real quick when you still have people who are impacted. So you had to always put yourself in the voice or the footsteps of the customer to really try to show empathy, but also come to them with content that’s speaking to them where they are.

Kristien: Awesome. And any advice for 2017? Any tips that you think are going…or trends that are gonna be making their way in the new year?

Curtis: I see a lot more video, you know, not just because we presented on it from a live perspective, but it’s very interesting to me that Facebook is putting a very large kind of ad campaign around the every man and every woman using live video. And so what that’s showing me is that, you know, we already knew that, with social media, your brand is always on stage because anybody…we have millions of passengers. Anyone of those trips can turn out to be a story, a good story or bad story. So now you’re brand is live onstage. So it’s like you have to be prepared to listen to those things and interact, but you also can be proactive in using those same tools to get your message out live on to people. So I think that’s a big trend.

The other trend that I think is interesting is influencers and really leveraging influencers in a strategic way, those people who’ve built audiences or who are renowned concept[SP] creators to kind of give you another way to talk to people. I think those are two big trends for 2017.

Kristien: Yeah, totally. Anything new and exciting for Southwest?

Curtis: You know, we just wanna continue to be customer-centric in our approach to social. And so, like, this last year has been really great for us in a sense of, now, we are 24/7 in terms of social response. That’s a major improvement. We have grown our social care team in conjunction with our customer relations team in their leadership, under their leadership. That team has been able to grow. We just want to continue that. How that manifests, who knows? There may be new platforms, you never know. But just wanna continue to always think about the customer and how we can better provide, like, entertainment, information, and engagement opportunities for them.

Kristien: Awesome. You’re doing a great job. Thank you so much.

Curtis: Well, thank you. Thank you, guys. Appreciate it.