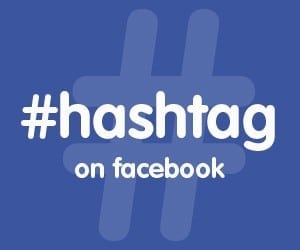 Facebook couldn’t help themselves and had to jumped on the hashtag bandwagon.  Following the likes of Twitter, LinkedIn, Google+, Instagram, Vine and many other social profile websites, Facebook announced earlier this month that they would be supporting the topic organization system better known as #Hashtags.  As stated by Facebook, many users already post hashtags anyway, so why not make them work.

During primetime television alone, there are between 88 and 100 million Americans engaged on Facebook – roughly a Super Bowl-sized audience every single night. The recent “Red Wedding” episode of Game of Thrones, received over 1.5 million mentions on Facebook, representing a significant portion of the 5.2 million people who watched the show. And this year’s Oscars buzz reached an all-time high on Facebook with over 66.5 million interactions, including likes, comments, and posts. To date, there has not been a simple way to see the larger view of what’s happening or what people are talking about.

To date there has not been a way to really be a part of the bigger conversation or understand what people are talking about outside your circle of friends.  Hashtags are aimed to change that.

Twitter user Chris Messina created the hashtag as we know it today back in 2007, and every day since, it’s been engrained in our everyday life.  Twitter eventually embraced the structure of unifying tweets around a certain subject into its API systems and its broader search ecosystem.

Facebook has now done the same by making these hashtags clickable and searchable.  This means that when you click on a hashtag in Facebook, you’ll see a news feed of what other people and Pages are saying about that hashtagged event or topic.  Hastags from other services or websites are also clickable. 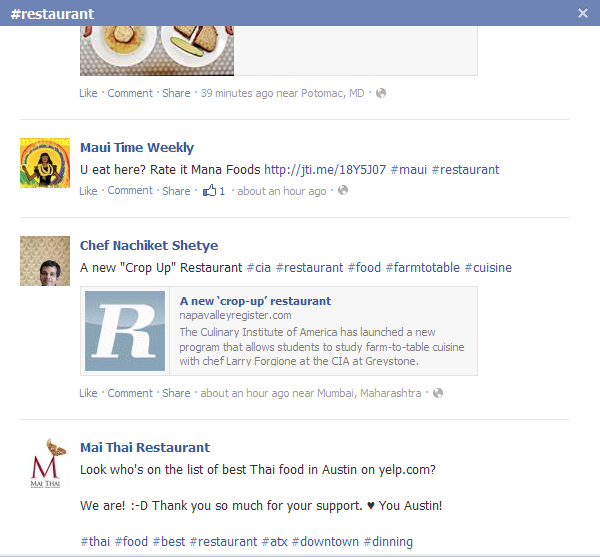 Honestly, I must say, I like the hastag usage within Facebook.  Facebook has been able to continue releasing new features and staying ahead of all other social media websites in terms of functionality and innovation.  They’ve also been able to survive a rocky IPO.  We all, though the house of cards, would have folded by now.  But Facebook continues to be the beast it always has been.

What are your thoughts about the new hastag features within Facebook?  Leave your comments below.  I’m interested to hear what you guys think.