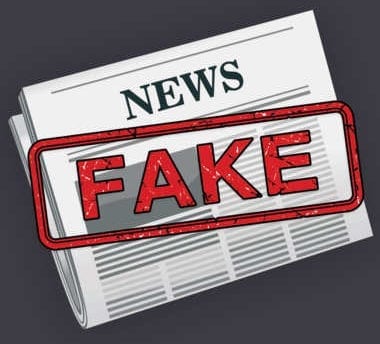 Concern about “fake news” is dominating the mainstream media these days. Since the advent of the internet, savvy online users have learned to be wary of misleading advertisements, scams, and other methods of digital deception that are rampant. I’d like to say most internet users know better than to respond to emails claiming they are the long-lost relative of a recently deceased monarch, they’ve won a contest they never entered and other similar email scams. Unfortunately, most people don’t apply the same measure of caution when it comes to reading so-called trustworthy news outlets, especially when exposed to it on social media.

The recent presidential campaign seemed to bring out the worst in both the left-wing and right-wing media outlets, and the conflict has grown to the point that media outlets from each side are working tirelessly to discredit one another. This phenomenon has allowed fake news, or sensationalized, heavily edited, deceitfully worded, or outright false articles to proliferate. The speed at which all information travels today has enabled some of these articles to reach hundreds of thousands, if not millions, of readers, influencing their opinions one way or another…looking at you social media outlets.

Most media-related websites make the bulk of their money through placed advertisements. When users click on a website, that website makes money for the ads it places on the screen. Websites earn more money when users click on those links. This has encouraged some media outlets to start generating click-bait, or articles with misleading headlines designed to entice readers to click on them. More often than not, these sites are constructed using wonky, multi-page, gallery-like formats, forcing a reader to click through multiple pages to get the full story. This brings in more ad revenue for the website, but readers often wonder why they wasted their time. The fact that click-bait frustrates most internet users hasn’t stopped major media outlets from employing similar tactics.

Many people seem to tune out conflicting opinions these days. Rather than engage in conversation and try to change others’ minds through rational discourse, many people have taken to blocking, ignoring, or actively working to discredit those who hold opposing viewpoints. This tendency has led to echo chambers: Social media has created silos of thought in which conflicting opinions or facts are quashed quickly, without any engagement. The echo chamber earned its name because it’s simply the same ideas rattling around in an enclosed space.

The real danger of social echo chambers is that they encourage people who fall into these silos to stick to their comfort zones. Rather than confront conflicting ideals and opinions, they can simply block them and hide away without having to engage. Other members of the echo chamber support them for doing so and simply demonize any disagreement or detraction without giving either side a chance to discuss important issues. Some media outlets have used this tendency to build up serious mistrust of opposing viewpoints, to the point that many readers simply won’t bother reading anything outside of what they deem to be their “acceptable” news sources.

Once an echo chamber gets going, it’s quite easy to shape the conversation within it. For example, political articles that align with the beliefs of the people in the echo chamber are sure to gain support, while any articles that fall out of alignment with the group’s beliefs are blocked, ignored, or otherwise kept out of sight (and out of mind). This is detrimental to public discussion and one of the reasons fake news stories have been able to proliferate.

The essence of content marketing is to provide your audience with relevant, valuable content that will help them, inform them, or otherwise benefit them. In a way, you can see some of these fake news stories as the same thing: People manufacture these stories to elicit specific responses from particular audiences. This may be a way of getting a point across and garnering support from the people most likely to provide it, but it’s difficult to deny that it is a disingenuous method of expanding one’s influence.

Ultimately, much of what we call fake news actually is incomplete news or carefully contrived stories meant to evoke a specific response. While this is essentially content marketing, journalists have a duty to report actual facts to the public. Marketers, on the other hand, are responsible for pushing their brands forward and gaining new customers or maximizing visitors for advertising revenue. The contention over fake news has erupted from what is essentially a marriage of these two industries and the schools of thought surrounding them.

When marketers borrow from journalists and publish relevant, valuable, and informative content for their readers, those readers benefit. Conversely, when journalists borrow from marketers and add their own spin to news to appeal to specific audiences, they are depriving their readers of getting a full and accurate picture of a story.  In short, fake news is just content marketing meeting the online con-game and it is worth a ridiculous amount of money.