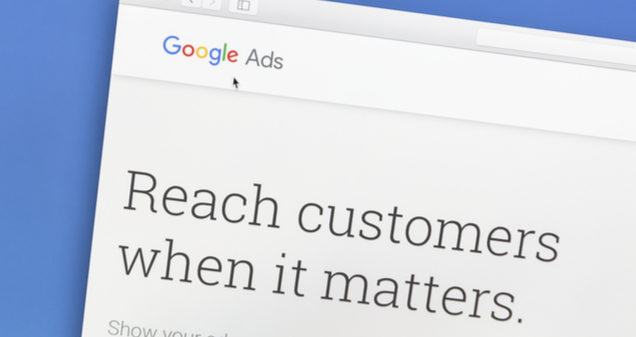 In a move made earlier this month, Google prohibited certain businesses—primarily those focused on housing, employment, and credit—from targeting their Google Ad products based on the demographic information it collects. Specifically, these businesses can no longer select users by race, ethnicity, nationality, sexual orientation, religion, disability, or zip code. Doing so flags the company for “predatory practices,” although Google has not yet released what the specific penalties may be.

This unfair targeting of specific populations has long been a concern of many civil rights groups, and the US Department of Housing and Urban Development. HUD’s Fair Housing Act prohibits discrimination in rental housing as well as the sale and financing of real estate. Google’s statement by Scott Spencer, VP of product management, ads privacy, and safety, indicated a close relationship with HUD. “We’ve been working closely with … HUD on these changes for some time, and we appreciate their guidance in helping us make progress on these important issues.”

In part, Google’s statement is a response to the current economic climate mid-COVID-19. Numerous groups recognized these predatory practices unfolding as a direct result of the severe financial hardships experienced—sometimes disproportionately—by minority, immigrant, and disabled populations. However, unfair and overzealous targeting of vulnerable populations via the demographic information Google collects has always been a concern. As a result, many suspect another critical factor in this action is another, very similar case brought against another media giant last year.

In 2018, HUD Secretary Ben Carson charged Facebook—second only to Google itself in terms of online advertising—with allowing landlords and predatory businesses to engage in the very ad discrimination Google’s announcement purports to prevent. The charges claimed that Facebook, and its advertisers, could control who saw ads for housing and employed housing discrimination based on race, sex, nationality, and religion. The charges resulted in a $5 million fine for Facebook—a situation Google surely wants to avoid, especially on the heels of 2020’s economic and social upheavals.

What Does This Mean for Your Advertising?

If your business does not focus on housing, employment, or credit, you likely won’t see much of a change. However, if you’re involved in one of these three sectors, expect foundational changes to the way you approach Google (and Facebook) advertising. You won’t be able to promote, target, or screen potential leads based on race, ethnicity, color, nationality, sex, religion, disability status, or zip code.

On the surface, it’s obvious that eliminating this approach is simply the right thing to do to reduce and eradicate housing, employment, and credit discrimination. However, experts note that your ability to focus on your target market with relevant ads may be affected. Any future ad optimization will need to avoid isolating these demographics, which stands to have a significant effect on the way many businesses in these sectors approach advertising.

It’s important to note that Google itself hasn’t released much information about how it plans to enforce or penalize violations of its new policy. In his blog post on the topic, Spencer reiterated that Google would provide more information to advertisers as it became available. However, the company does plan to roll out the changes within the US and Canada “as soon as possible … by the end of this year.”

So, if you’re a business owner with a primary focus on housing, employment, or credit, expect changes to the way you’re able to advertise on Google sometime in 2020. As far as the specific nature of those changes, the community continues to await instructions from Google. Until then, it’s a good idea to adjust your audience targeting strategies to avoid funneling advertising efforts to (or away from) members of the demographic groups listed above; consider it an ethical best practice—and some good practice for the future.

Vizion Interactive will continue to provide information and coverage on this—and every other—important Google release as it becomes available. Read updates as they occur right here or start optimizing your advertising to incorporate the changes thus far. Alternatively, reach out today for more insight on how these changes may affect your marketing efforts.