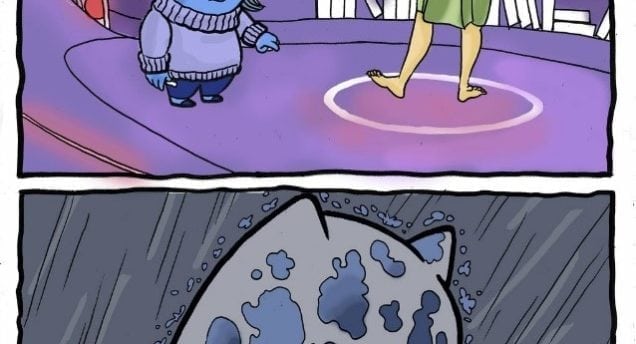 When I read stuff about “going viral” or “successful outreach” I typically see content that makes people happy or laugh. It’s not a bad thing. Who doesn’t like to be happy or get a chuckle out of an article? However, where are the rest of the emotions?

You may not want to make readers angry or sad, but does that mean sites should shy away from topics that might cause that reaction? It’s not like we’re creating a circle of joy for that content to stay within.

However, you are not Batman and you have readers to think about. If you’re going to create content that won’t generate a smile or laughter, you might want to take a look at some angry and sad content that’s done well.

Warning: the image below is pretty graphic. If you want to skip this section, feel free. 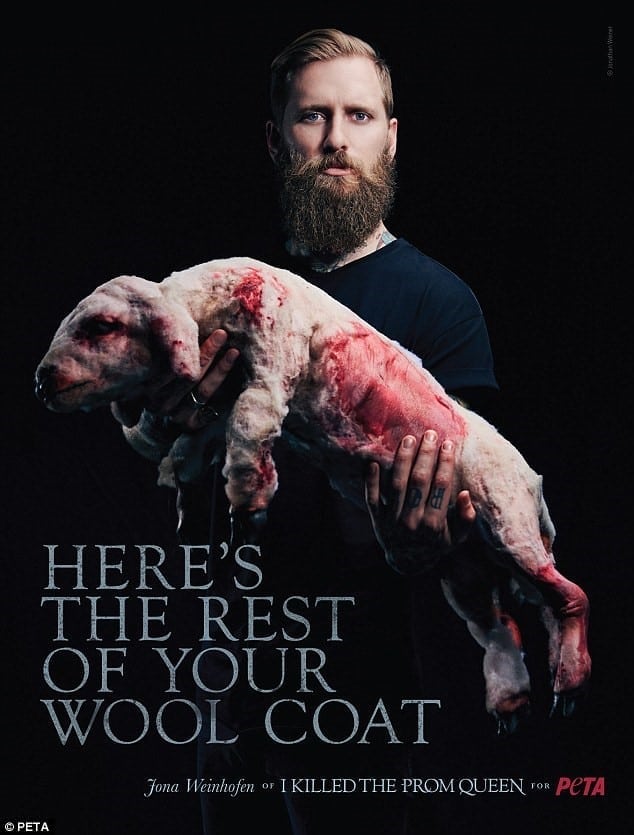 PETA ran this ad last year and caused a flurry of anger from every audience that saw this. Many farmers who shear sheep voiced their own concern for the false image used. The Victorian Farming Federation even filed an official complaint to the Advertising Standards Bureau on PETA’s ad.

PETA then released footage and real photos of sheep being abused and ripped and then sewed back together citing, “Shearers are often paid by the volume, not the hour which encourages fast, violent work”.

No matter what side you take on this you can only have one reaction, anger. And while PETA may not have the best reputation when it comes to running ads, you can’t deny they got the attention they wanted on their content.

Again, this video is nearly ten years old and I still remember the first time this came on. My reaction? I ran outside and squeezed my pooch so hard she bit me (R.I.P. Queenie). Even now, when that song comes on, this commercial is what comes to mind.

So is this memorable? You bet. Does it make you sad? Umm yes, yes it does. Was it successful? Well the 30 million dollars that were raised in the first two years makes me think…yes it was. But was it too sad? Well, given that Sarah Mclachlan changes the channel when it comes on would suggest that yes, it might be too sad.

While the PETA ad and ASPCA commercial have different reactions, they do have one thing in common. They demand action on part of the viewer. It just doesn’t end with “OH YOU SHOULD BE ANGRY” or “look at this sad kitten…LOOK AT IT!” They end with a way for the user to do something about it. Not just share the content, but do something to help the cause. The user can donate or sign a petition to help the cause.

How does this relate to you? Well, you could partner with an organization to help bring more attention to a worthy cause (animal related or not). Or better yet, perhaps there’s something within your own industry that more people need to know about.
Too many animal related examples? You’re right, here are some more that have nothing to do with animals.

You want to see family turn on each other and friends stab each other in the back? Scroll through your Facebook feed and click on any post that has to do with politics. Sure, sites like Donald Trump, I mean TrumpDonald.com might get a chuckle or two (no matter what side you’re on).  However, U.S. politics aren’t always the topic of conversation, and unless your company is taking a specific political stance, it’s not something to really focus on. Are governing bodies not being regulated like they should within your industry? ESPN covered the result of the FBI’s investigation of FIFAs corruption case. 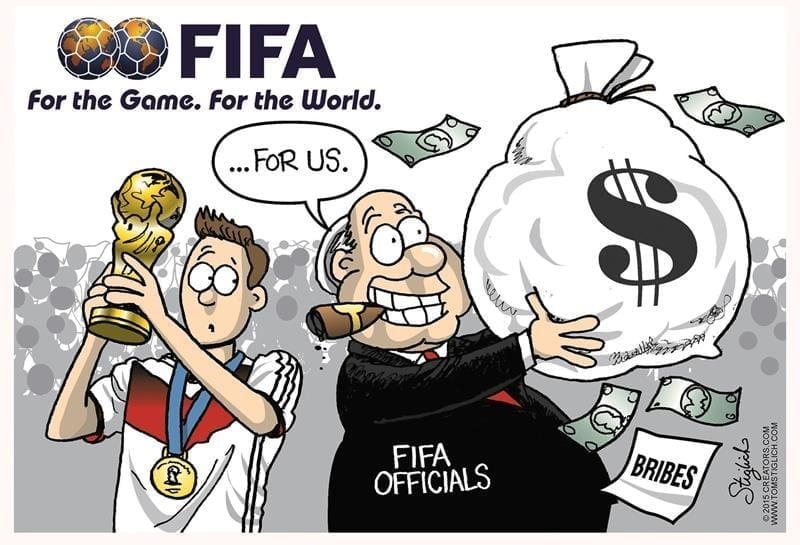 FIFA is/was the world’s largest governing body in sports, it was/is also the most corrupt. Over the years, several articles have been written about the issues surrounding FIFA, but no action was really taken until recently. There was a mix of joy for this finally getting investigated and arrests being made, and also some anger that it took so long for this to happen.

Your industry may not be as large as the sports world, but one thing is for sure. Those seeing watch over the entire industry should be held to a higher standard.

Will it take some investigation on your end? Yep. Will it be worth it? For sure. Will people get upset? They will, for a variety of reasons. So if you go this course, make sure you get your research done properly.

This section may go with politics, but this is also at a more granular level. And given we’re in the search industry we see more of this than others might. There’s no real governing body and so we tend to police ourselves. This fact sparks a ton of controversy anytime this happens. Vizion’s own Mark Jackson has written many an article about TopSEOs and gained positive and negative attention for it.

But even before TopSEOs it wasn’t uncommon for articles to go up on Sphinn (which is no more) calling out unethical tactics by individuals. Registered members would sphinn up the article (or desphinn) and a heated discussion would ensue.

Or how about calling out certain tactics you feel don’t work? Kris Roadruck expressed his disdain for white hat link building, which gained the attention of several in the search industry, including Rand Fishkin.
So what now? What are you supposed to do with this information? Well, that’s entirely up to you. With the happy and *fluff* pieces it’s easy to just leave it at that. Users laughing, smiling and sharing it with others. No real action needs to take place other than the content getting more social shares and possibly links.

However, if you’re going to trigger any other kind of emotion, users have to be told what to do next. Should they donate? Is there a petition to sign? If they choose to share it, why should they? You shouldn’t leave users with an angry or sad feeling unless they’ve felt like they’ve contributed to the issue you’ve just raised.

A reader should be able to get some sense of satisfaction after doing what was asked of them. It’s the very least you can help with after getting them to experience a bit of anger or sadness.

One of the first tips I got from this industry came at the last Search and Social Summit Conference from Dave Snyder, “People want to share something that they have an emotional connection to.” Emotions vary. While happiness can be great, if you want something different, take a look at what other emotions you can generate.