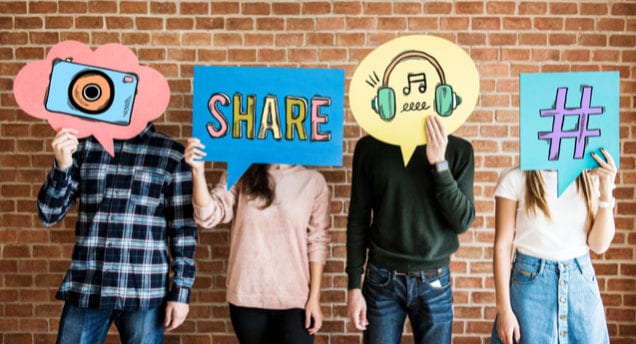 Social media is important – it’s an indisputable fact regardless of your views on how people choose to use the platforms themselves. The manner in which social media has come to play a role in multiple facets of our lives, including entertainment, work, school, and communication – (obviously) the way we interact with and socialize with other people online – has served to highlight its significance.

Nobody is more aware of the importance of social media than digital marketers. In fact, ignoring the significance of a series of platforms used by 3.8 billion people around the world (a staggering 84% of all internet users in 2020) would be outright foolishness. However, when you’re considering how best to reach those users with your products and services, it’s crucial to keep up with the ways social media and social media marketing have changed.

While social media first began with popular blogging sites of the late 1990s, social media, as we know it today, likely began with MySpace and LinkedIn in the early 2000s. These platforms were quickly followed by Facebook in 2004, YouTube in 2005, Twitter in 2006, Instagram in 2010, and a host of other apps and platforms like FourSquare, Yelp, and more in between. While MySpace mostly exists now only in our collective memories, LinkedIn is a perfect example of the point at hand – social media has had nearly twenty years to grow and change, resulting in necessary changes for those who use it.

Once a platform exclusively for resume posting and recruiting, LinkedIn has grown to provide incomparable networking opportunities for those who use it. Even more significant is the remarkable content that has been featured on the site in recent years – and the way brands and individuals utilize the platform has changed accordingly.

Social media marketing is here to stay – but attention to detail is more important than ever. Need help getting started? Vizion Interactive’s digital marketing professionals can provide as much – or as little – guidance as you need. Reach out for more information today.