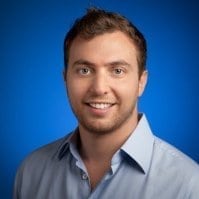 Vizion had the pleasure of speaking with Leo Sei at this year’s Dallas Digital Summit 2016, located in Irving TX. Leo is a product manager for the Google Adwords team at Google.

Check out our interview with Leo below, as he discusses how to utilize AdWords scripts, the free & hosted programmatic AdWords tool, the types of businesses it’s best for, and what you can look forward to coming up soon in Google Adwords.

Check out more interviews with the DDS 2016 digital marketing pros, on our blog:

Transcript for the interview:

Kristien: I’m Kristien with Vizion Interactive here at Dallas Digital Summit with Leo Sei. Thanks for being with us.

Leo: Hi, thank you for having me.

Kristien: Awesome. So tell us a little bit about what you do in Google.

Leo: Cool. So I’m Leo Sei. I’m a product manager for Google AdWords. I focus on the power user tools, which is everything that you can do at scale in your account or automating your accounts. So AdWords Scripts is one of those things.

Kristien: Awesome. And your talk was all about AdWords Scripts. So tell us a little bit about it.

Leo: So Adwords Scripts is I think one of those little gem that deserved to be known. It really sits in the middle of automated rules and API and let you automate a lot of the actions you’d take in an everyday basis into your AdWords account. So it literally save you hours a day if you use it well.

Kristien: Awesome. And who is it for? What type of businesses?

Kristien: Awesome. And you gave some examples in your talk of brands who are doing it well. Can you tell us about those?

Leo: Sure. So I have two example that I really like about understanding the context and then leveraging Scripts to act on that context at scale. The first one is a hotel brand. I’m working with an agency, and they realized that when people are stranded at the airport when the flight are cancelled, they search for a hotel. So what they did is they use AdWords Scripts to connect with…I think it’s called the Misery Map API. And they would figure out which airport have a lot of airplane being cancelled or flight being cancelled and would trigger the airport’s stranded campaign where you would have, you know, like a custom message, maybe a “Save a drink on us” with the stranded hot word and things like that. And that worked really well.

Another example was the tire company Michelin in Canada. They were using the weather, but not the weather of the day. They were looking at two weeks ahead of weather for snow. And so basically, as soon as they would see the first snow two weeks ahead, they would blast the snow tire campaign where telling people, “Hey, it’s gonna snow in two weeks. You should probably get your snow tire. Here’s the link to get them.” And that worked really well, because as a customer, when you see that, you go on the weather, you see that it will actually snow in two weeks. And so you think, “Hey, that’s [inaudible 00:02:18] good advice to get my snow tire on.”

Kristien: Awesome. That’s good advice. So besides weather, what are some other examples of how people would use it?

Leo: So Scripts can be really powerful for custom reporting, getting those report directly in your email, so saving all the time that you do downloading, slicing and dicing, and analyzing, just getting the email right into your inbox if you’re doing some search query term optimization, if you’re doing some integration with external data that I just talked about, and, literally, just trying to automate a lot of the things that you do today or you could do if you had the time.

Kristien: Awesome. And you mentioned there’s some new things coming soon. Can you tell us a little bit about those?

Leo: Sure. So we’re really excited, and there’s a new campaign type in AdWords called Video Campaign that will allow you to control your ads on YouTube. And we’re very excited that those will be available in Scripts very soon. So you could automate and get all of that automation power for your video ads as well. So that’s really exciting coming soon.

Kristien: Great, awesome. Well, thank you so much for being with us.

Leo: Thank you for having me.