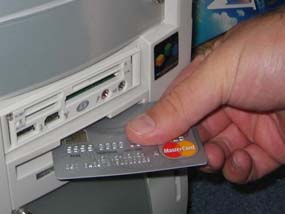 A new June 2008 survey of 1243 Internet users reveals that consumers expect to reduce their overall spending in 2008. However, the respondents said that they will be decreasing their offline spending and not their online spending.

This new survey was commissioned by LinkShare and was conducted by JupiterResearch. The study found that four out of five consumers surveyed believe that the US is in an economic recession, but the internet is offering relief to some shoppers.

This survey distinguished two major segments of buyers, the influencers and the engaged shopper. The influencers are considered a key shopping segment because they influence their friends when it comes to making buying decisions. They spend more money online than the average consumer and plan to increase their online spending as compared to all online shoppers. The engaged shopper generally is comprised of fifty percent of all online shoppers. The engaged shoppers tend to stick with their current online brands and online stores, and fifty percent of them are still willing to experiment with buying at stores they haven’t bought from before.

This new June 2008 Linkshare survey conducted by JupiterResearch said the following about online shoppers in the US:

1. On average, online consumers predict that their offline spending will decrease more than their online spending.
2. Offline spending is predicted to drop 6.3% versus a smaller drop of 4.2% online.
3. Most online consumers (81%) believe they are facing an economic recession.
4. 56% of the online “Influencers” plan to do more product and price research online. They want to make sure that they get the best price as a result of the struggling economy.

If you’re an online advertiser, this means that you should start consider getting listed on the major price comparison shopping networks. These include shopping.com, pricegrabber.com, bizrate.com, mysimon.com, and nextag.com.