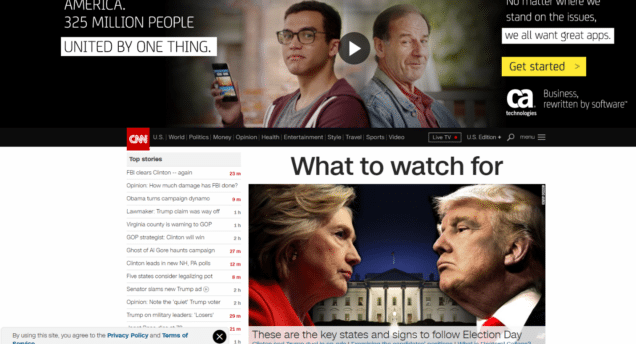 Where did all the journalism go?

If you are in the US and are reading this but haven’t voted, GO VOTE NOW. If you have voted, then please, continue.
One of my son’s favorite movies of all time is Mr. Peabody & Sherman. When it came out he’d sit in his tent and pretend it was the Wayback Machine and go back in time. He would use it to go back and re-eat the cookie he just ate.  But 12 trips “back in time” and a tummy ache later he decided it was a bad idea.

As SEOs we have an actual Wayback Machine that allows us to go back in time and look at how sites used to be structured. And with all the elevated hoopla around the election this year I thought it would be interesting to look at the prominent news sites and compare how they looked then and now (all screenshots were taken around election time). The sites I checked out were: 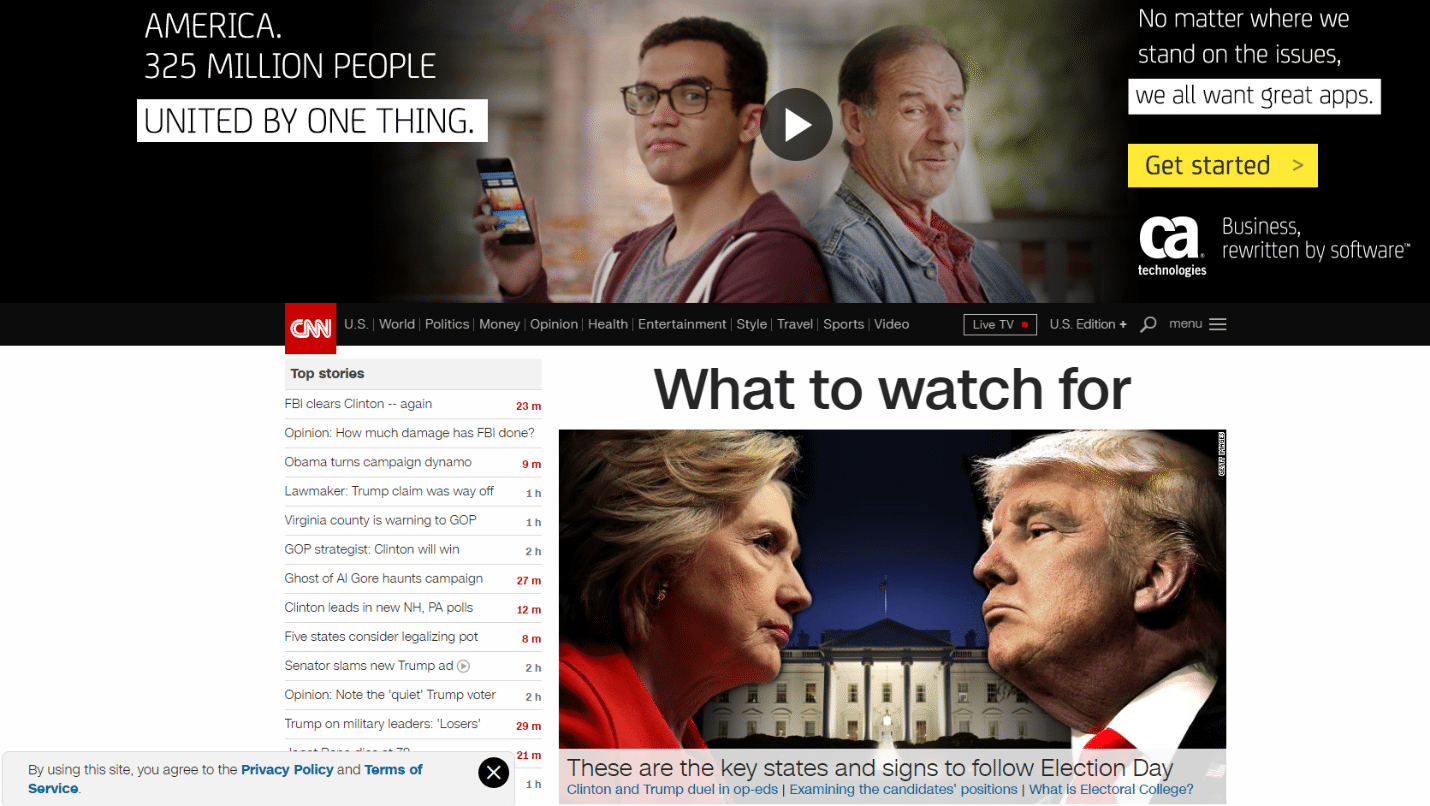 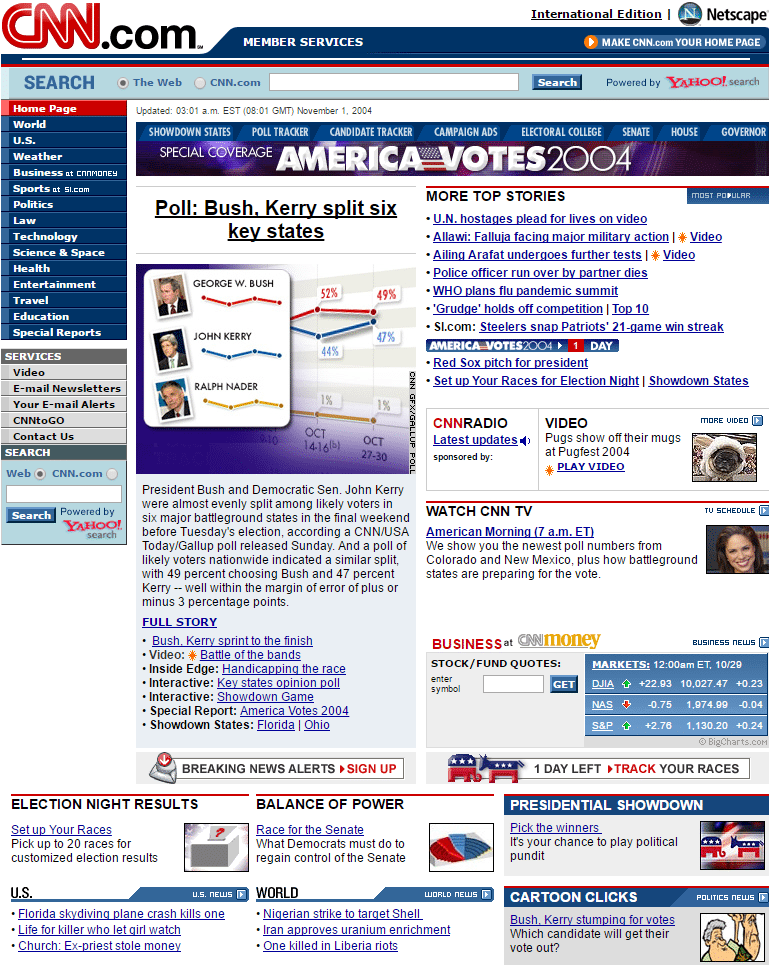 Notice any difference? The “new” CNN is ripe with hyperbole (or should we call this “click bait”) such as “GOP Strategist: Clinton will win”. Twelve years ago? “Just the facts”, such as “Bush, Kerry split 6 key states”. There’s also no mention of a 3rd party candidate on the new CNN. In 2004 Nader got some mention and the content surrounding the main call wasn’t just about the election. 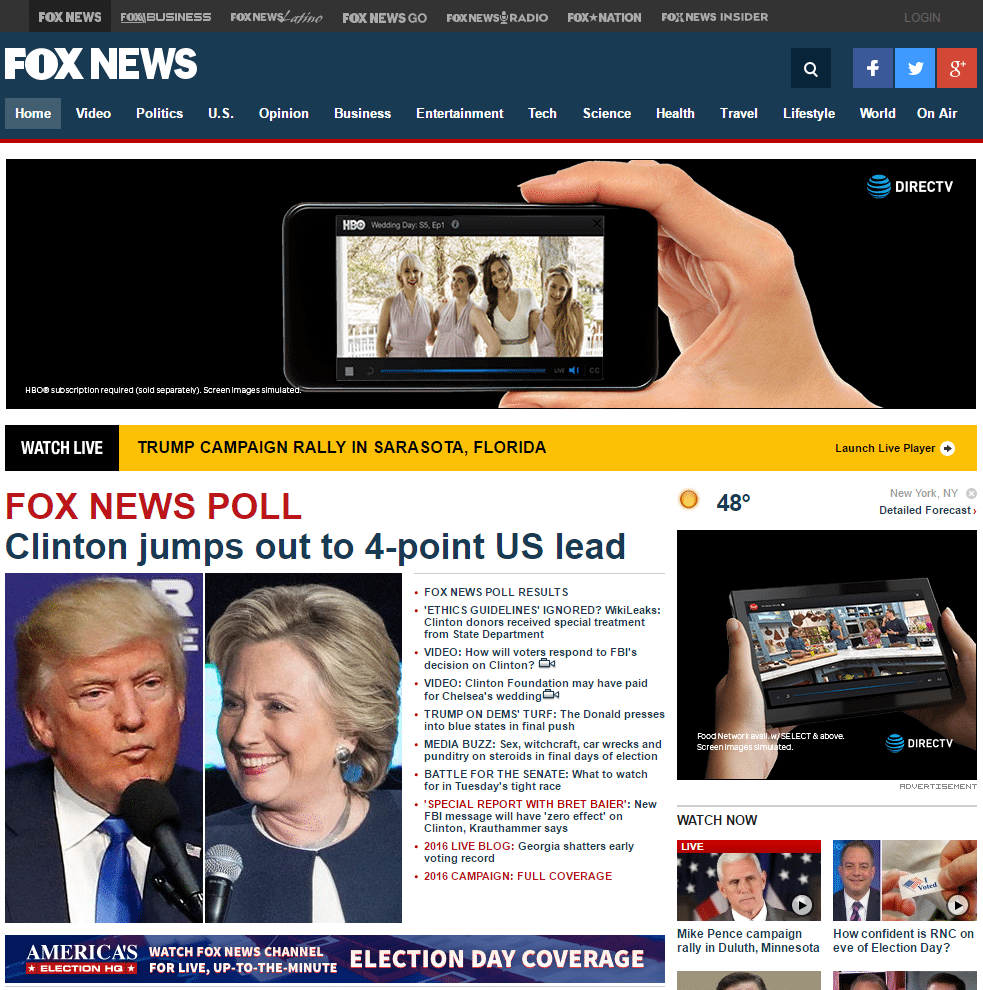 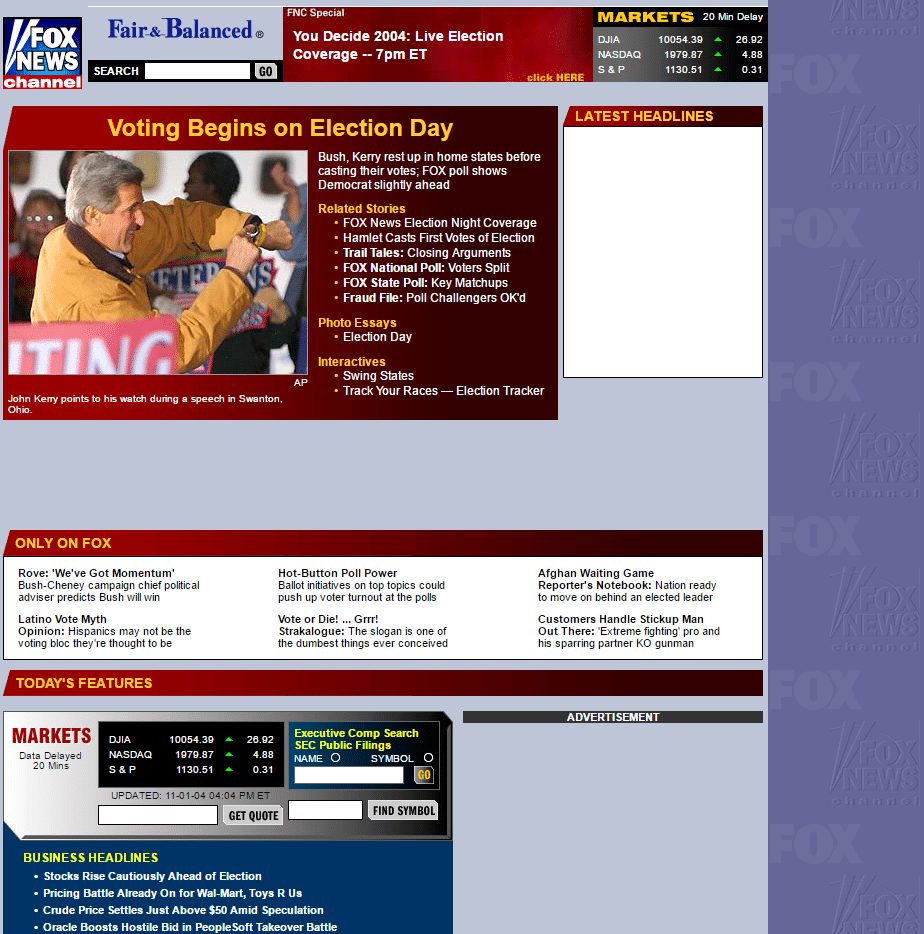 Fox News, “Fair and Balanced”. Fair to say that editorial has changed. You won’t see anything negative about John Kerry, above. Nor do you actually see an article that is “pro Bush”.  The majority of the content is related to the election and covers both sides of it.

Notice a pattern? Both Foxnews.com and CNN.com have moved towards attention grabbing “click bait” headlines. These are the types of headlines that were once reserved only for the likes of the National Enquirer. Not “major news sources”, which purport to represent “the best in American journalism”. 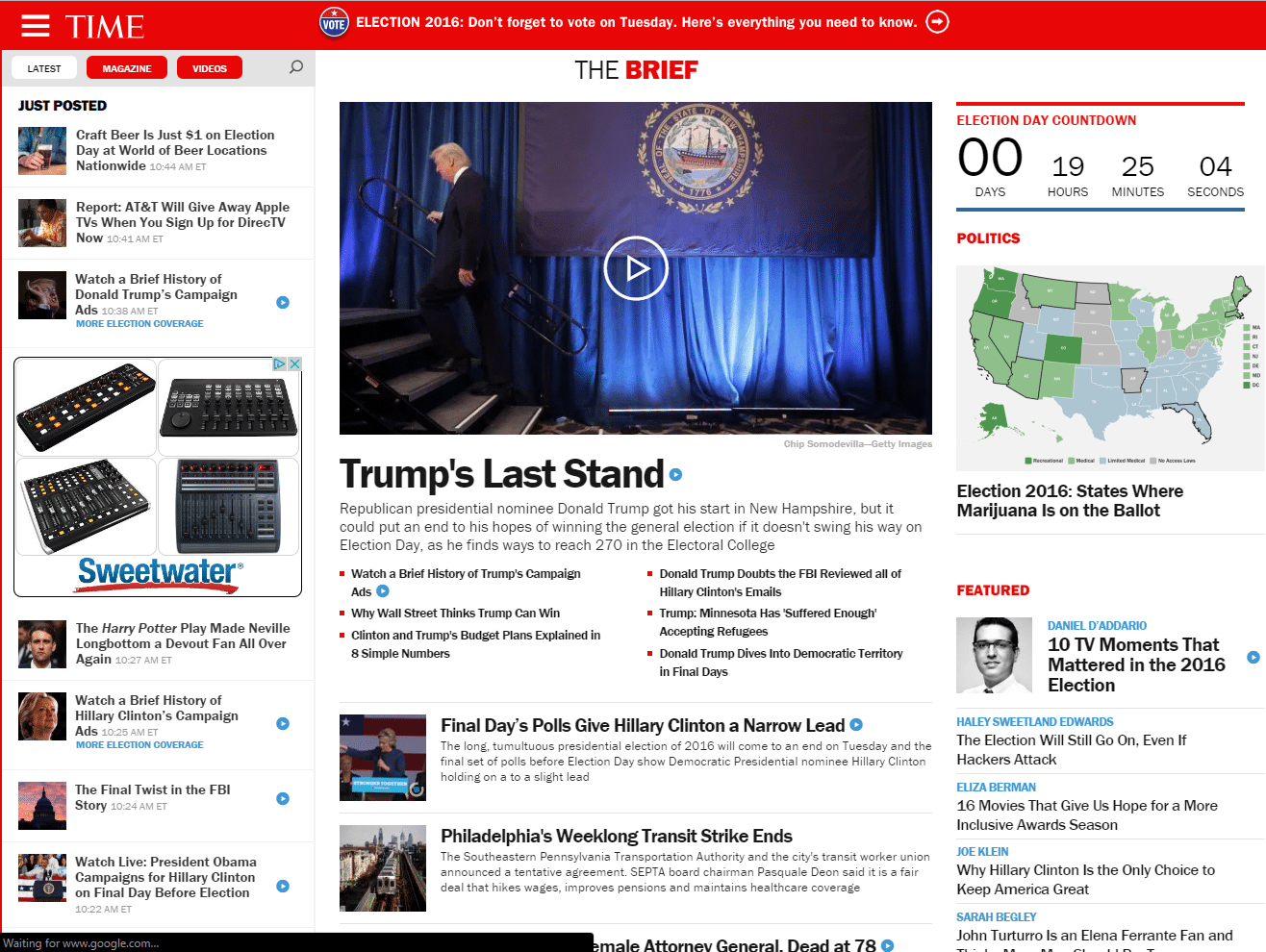 Time.com then (you might have to wait a while for the 302 redirect from time.com/time to go through): 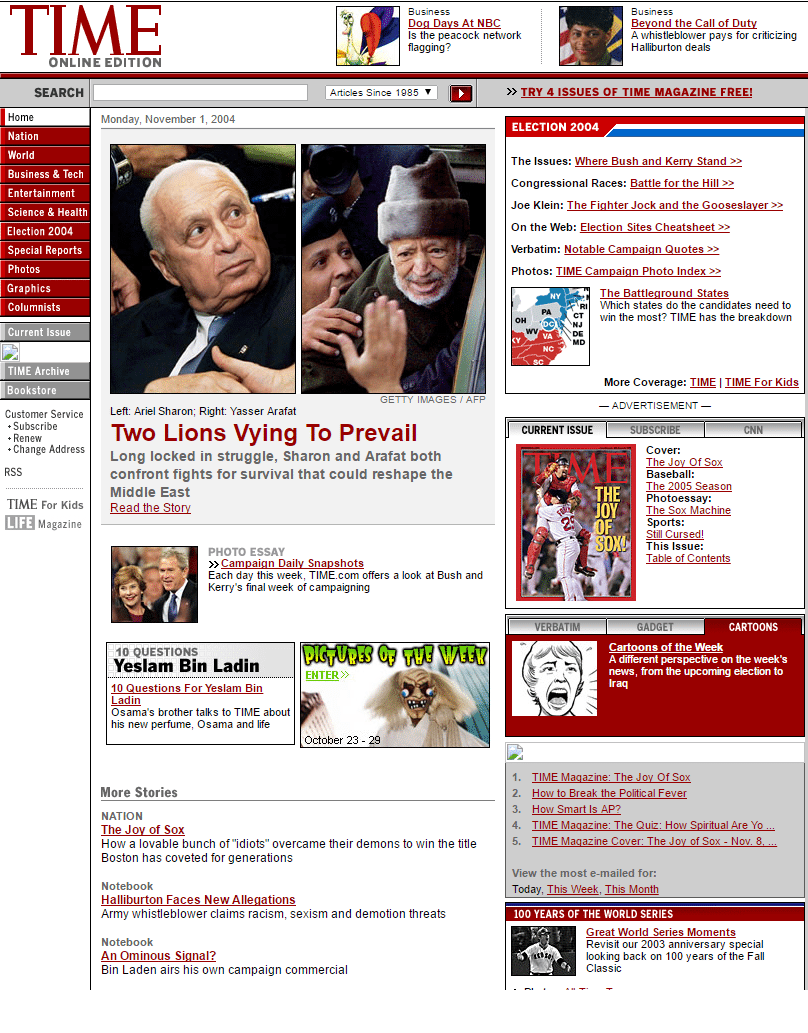 Notice in the election widget on the top/right of the screenshot above…”The issues…where Bush and Kerry stand”. Once again, it used to be “just the facts”. 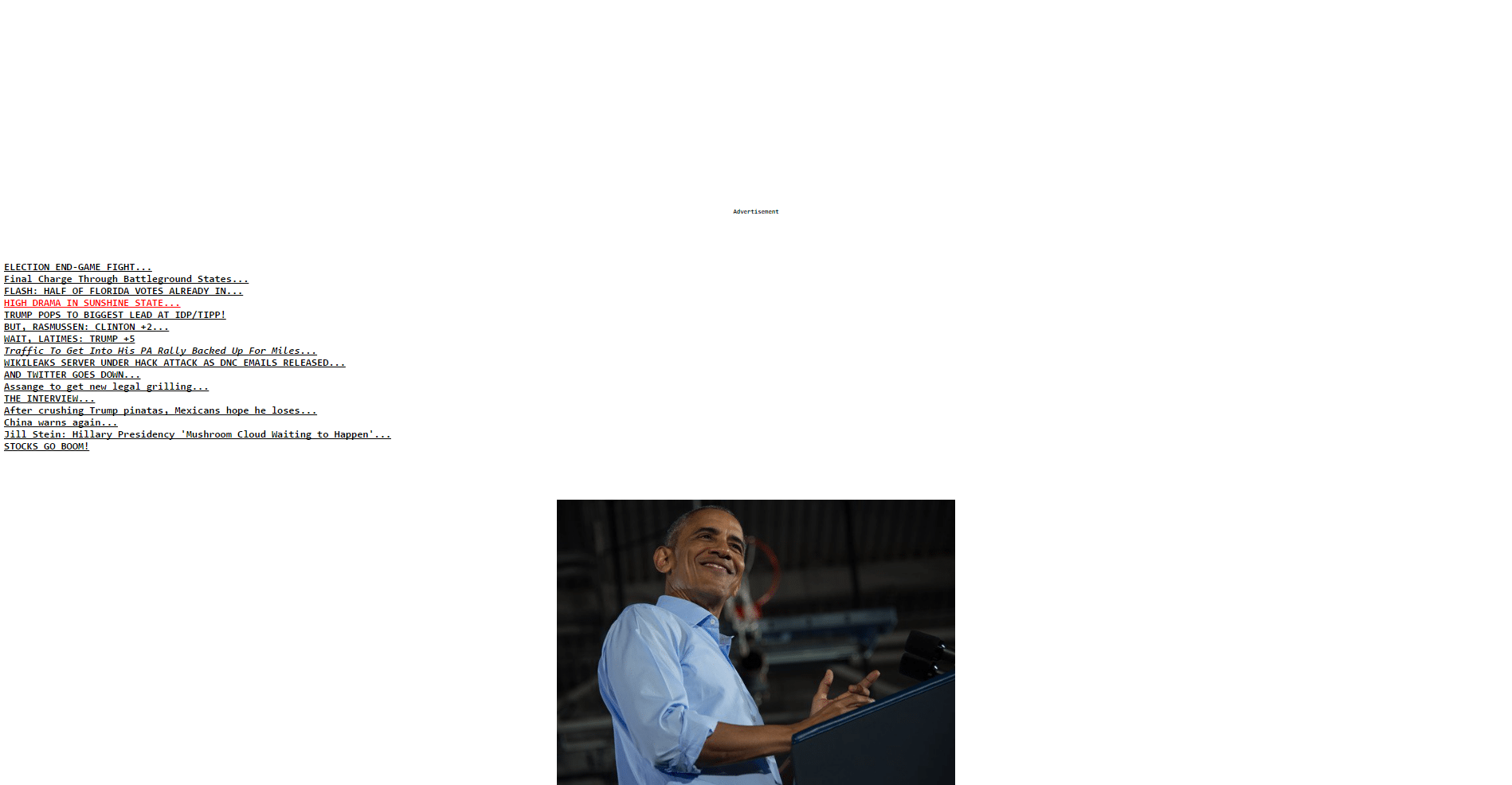 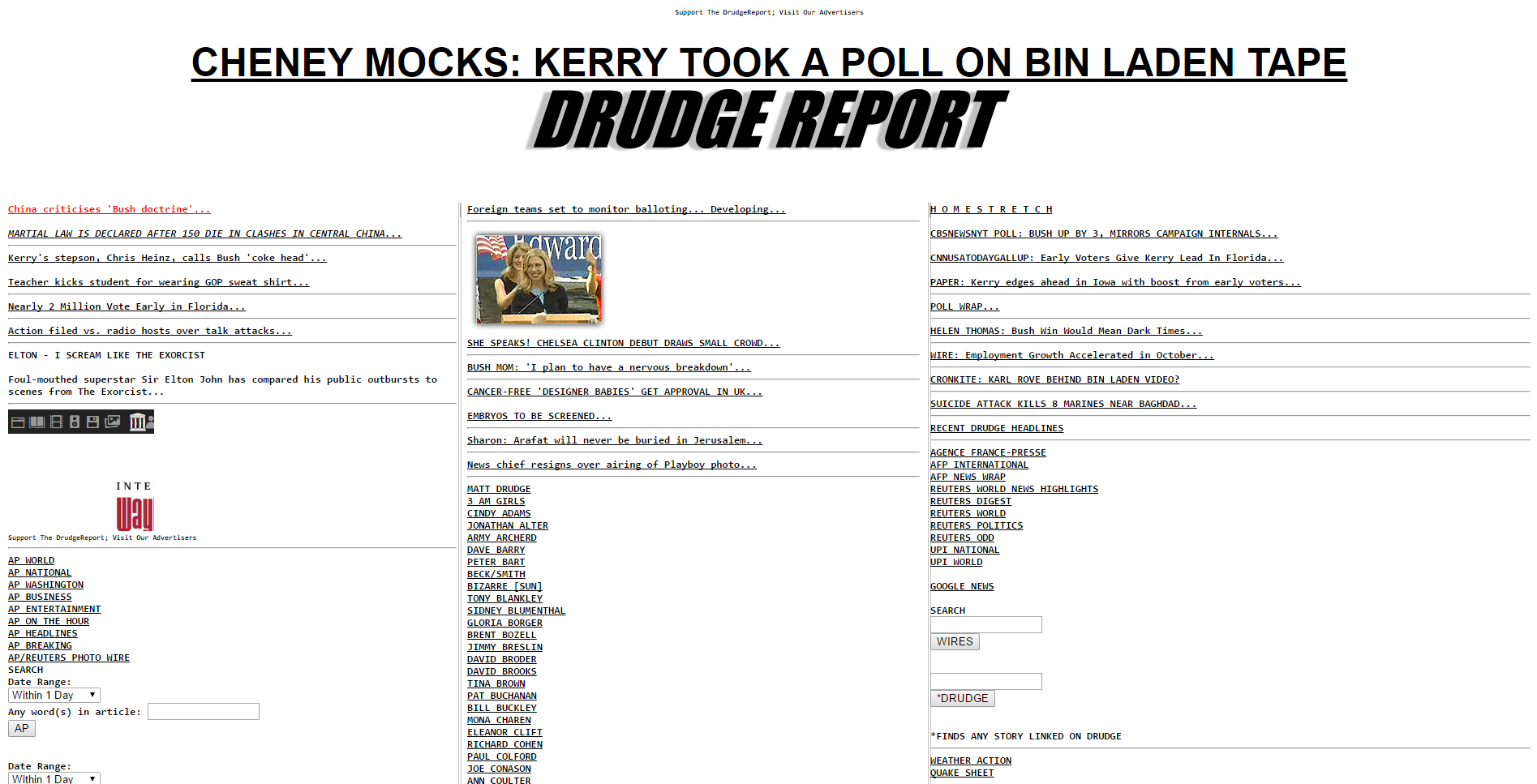 The old? “Kerry edges ahead in Iowa with boost from early voters”.

While the content listed are all linking out to other sites, the main focus is around the election. It’s pretty split on who is getting good coverage, and there are far fewer “click bait”, hyperbolic headlines. 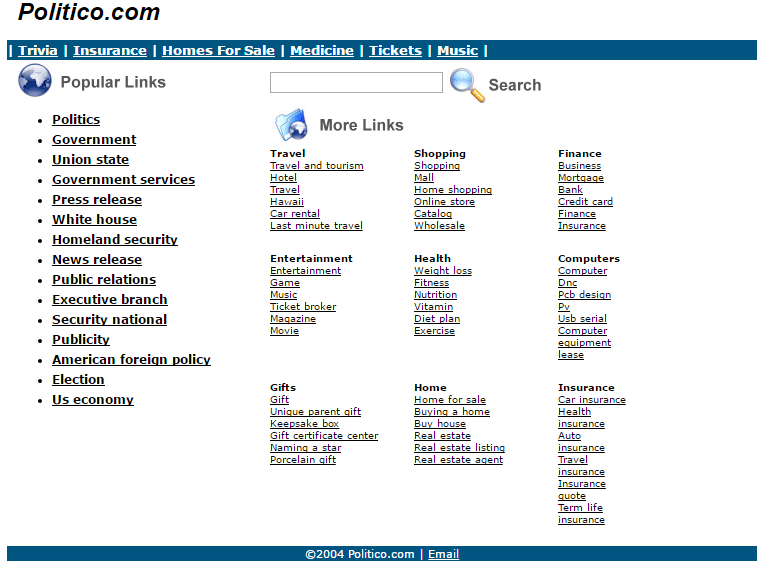 Well, what can you say about this site now and then? What used to be a directory/link farm has now become a bigger political news outlet.

The truth is there is less content/options for readers to choose from, but these publications are directing users to where they believe their focus should be. Aside from the biased writing, these publications are getting users to click through and read the content (and make money…don’t forget about the money). In fact, I could devote an entire post of its own about the number of domainers who have registered websites such as “redstatewatcher.com”, developed nothing BUT click bait articles, promoted their content via social media (to those who are already pre-disposed to shared content that they agree with – even if it’s untrue) and have made LOADS of money on the ads on their websites. I spent just a few minutes looking into many of these newly launched (registered) “news” websites and you’d be surprised to see how many of them are actually registered to people outside of the United States!

Journalism is taking a back seat to company’s desires to make money. Years ago, journalism was an honored profession where folks researched EVERYTHING that they were about to put into “print”. Now, everyone seems to be jostling for who can get the best headline out FIRST and generate traffic/pageviews and money.
Do you feel that journalism has taken a back seat to money? Do you think that the major news outlets are holding firm to their responsibility to deliver “just the facts”?

Please let us know in the comments!