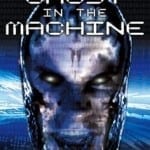 Last year the big three search engines (Google, Microsoft and Yahoo!) announced they were collaborating to create and support a new HTML markup called schema.  And while current markup formats are still supported, when Cerberus is guarding the Gates of SEO you should pay close attention.  So then, just what is schema and what does it mean for you?

In short, schema is an attempt to create a uniform, simple and consistent HTML markup.  Why?  Well to make the web more useful, for the search engines and for you.  For the search engines, it becomes hard to interpret or recover the original data from your site after it is formatted into HTML.  That’s were markup comes in.  It is a language applied by website designers to help search engines interpret the HTML code.  And it takes much more work to markup your site if every search engine is asking for different formats.  Enter schema.

Schema is not actually its own language, but instead is based on microdata format.  Previously, there were three main markup formats: microformats, RDFa, and HTML5 microdata.  Where microformats are simple and easy to use, RDFa is considered extensive and flexible.  Microdata was considered to be a balanced format, somewhere between the other two.  It is for its more balanced nature that this format was chosen to be the basis for schema.

These formats allow users to markup the data on their web pages, providing user-defined context for the search engines.  For example, when you search for “police” do you mean law enforcement or the rock band?  Searching for Ghost in the Machine, are you looking for:

Markup gives you the tools to help differentiate your Ghost from the others.  This language, invisible to visitors to your website, provides a road map that helps search engines understand which of these your data actually references.

Furthermore, search engines use this data to create rich snippets (search results enhanced by structured markup) on the SERP.  A search for Wassail recipes resulted in the following snippets:

As you can see from these snippets, they contain photos, cooking times and reviews – all courtesy of markup language and all appearing on the results page.  You can see how markup – selected by the user and interpreted by the search engines – makes for a richer and more rewarding experience for the person searching the web.

Now you might be asking yourself, what is involved and how does it work?  At its core, schema takes the microdata format for HTML, and expands it considerably.  If you are experienced with HTML5 then schema is simply a matter of learning the hierarchy.  You can find a full list of item types here.  For everyone else, schema.org provides several examples, like this one for Mom’s World Famous Banana Bread listed under the schema “Recipe” (scroll to the bottom of the page for the banana bread example).

For now, rich snippets powered by other formats are still supported by the search engines.  Indeed, Google, Microsoft and Yahoo! have said that you do not have to redo current markup language formats.  However, they will continue to add more functionality to schema over time so it is not hard to imagine that schema will probably offer a preferred status.  Even if you do not rewrite your current formats, you will want to consider switching to schema for any future markup.