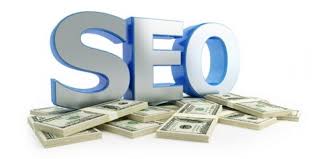 I can tell you, from years of experience in the industry and thousands of sales calls under my belt, that you will find pricing all over the map. Within this post, I am not going to sell you on Vizion Interactive, but rather help site owners make sense as to why some people are selling search engine optimization services for $300 per month, while others charge a minimum of $20,000 per month.

I should preface this post with the fact that prior to founding Vizion Interactive, I was the head of sales (and President) for another SEO firm that had a presence in India, so I do know both sides of this equation.

All too often, when most people begin their search for a search engine optimization agency, they will (a) search something like “top seo agencies,” get a list from a not-so-reputable source (see my post on TopSEOs.com) and then call a few companies to get quotes. They don’t think about things that you really should be considering such as (#1) who will be doing the work, (#2) do they have any case studies showing that they actually achieved anything, (#3) how the work will be accomplished, etc. They simply want a proposal listing stuff that might be done, the costs involved and then they make a (all-too-often) quick decision.

With SEO, it’s much the same. You are hiring real people to do real work. And, you need to define what that work might be (see our SEO RFP template).
S

ome agencies have sales staff in the U.S., but the work is either out-sourced or off-shored. This is the most common reason why you’ll find $300 per month SEO services available. On the flip side, there are large agencies, with large overhead (staff; software; offices; marketing, etc.) and they must charge a minimum of $20,000 per month to make it worth their while.

When I ran that “other agency that shall remain nameless”, we had several people in India who were making $300 to $400 per month, working full-time. Our lead person there pulled in $1,100 per month. Mind you, this was back in 2003. We would stack approximately 10 projects on each person and sell services for around $1,500 per month. You can see how profitable that was.

Other agencies have their staff entirely in the U.S. and the folks that REALLY know (and do) SEO well make a little more than $400, or even $1,100 per month. Some of the most senior-level people in our industry are pulling in greater than $180,000 per year, to give you some perspective. And, as any business owner will tell you, it’s not just the salary that’s the cost…it’s all the other stuff (insurance, office expenses, Admin, etc.) that adds up.

On top of that, there’s a lot of software that agencies subscribe to, nowadays. The good firms are finding those opportunities for efficiency in having machines do what machines do best and humans do what humans do best.

A suggestion that I often make is to ask the SEO that you’re considering for a list of URLs/domains that they are most proud of, run them through SEMRush.com, and see if the results are there. If you can marry that with a solid reference for that company, you may have just located a firm that’s capable of helping you out.

Recently, a prospect told me that they were down to two firms which they were strongly considering. It was Vizion Interactive and another agency that shall remain nameless. When I checked out this “competitor’s” website, I saw that they had two people listed as “doing SEO”. One was the Director of SEO (whose LinkedIn profile showed their title as “Director of Social Media”) and the other was their SEO Analyst (whose LinkedIn profile claimed “PPC” as their – only – specialty). Both of these individuals had just started working with this company within the last year or so, and it was their first job(s) out of college.  And yet, this company had a solid reference who was gushing at their proficiency in SEO. When I ran this client company’s domain through SEMRush, I saw them ranking for virtually nothing relevant. In fact, I dare say that nearly all of their rankings were completely irrelevant to their business. Their pricing was not very far off from ours, yet their team is staffed with folks with very little (any?) experience in SEO. BUT, their marketing of their company is great. They’ve built “proprietary tools” and such. Smoke and mirrors, I’m afraid.

I can live with not having a 100% closing ratio for search engine optimization services. What still bothers me about the SEO industry is that there are many people who market themselves (on sites like topseos.com) and are getting quick money, because so many people are searching for SEO services based largely on price without giving proper consideration as to the “what”, “how” and “who” consideration that should go into an effort.