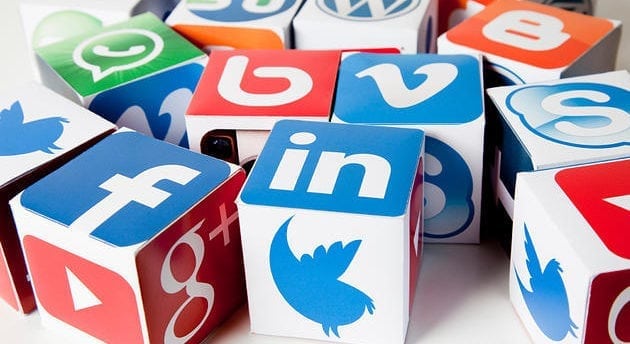 Social media campaigns always involve a certain level of risk. Great ideas can translate into outstanding victories, but sometimes they miss the target completely. Reviewing the last twelve months of social media campaigns will help other businesses learn from both sides of the coin.

Success isn’t only about the final product; success in a social media campaign is heavily tied to realistic goals and practical ways to reach said goals. By examining some of the best social media initiatives in the past year, each provides a tangible problem with an easy corresponding action.

One of the most meaningful campaigns from 2013, Dove successful touched the hearts of women around the world. The campaign consisted of a video featuring various women described their appearance to a forensic sketch artist who followed only their words to create portraits. Each time, women were given an opportunity to view the inaccuracies of their self-perception when they viewed the finished product.


The videos almost immediately went viral. Regardless of positive or negative feedback, all the talk only increased the popularity of the video. Dove now boasts the third most shared commercial of all time.


Lay’s Do Us a Flavor

This campaign continues to be a hit this summer, with new flavors out for sampling like Bacon Mac & Cheese, Mango Salsa, Cappuccino, and Wasabi Ginger. Regardless of whether these flavors appeal to all consumers, the interactive campaign is a success for the Lay’s corporation. Any social media initiative involving the public usually elicits a thunderous response, for better or for worse.

Lay’s continues enjoying the benefits of this campaign after successful endeavors since 2012. Customers continue participating, and Lay’s recently experienced a 12% boost in sales.

The Batkid went viral within hours of Make a Wish’s impressive efforts to transform a young leukemia patient’s wildest fantasies into reality. The campaign gave proof for the power of the hashtag. #SFBatkid and #Batkid created an immediate following of social media users watching his every move as he traveled through his temporary Gotham City in San Francisco.

Most social media users probably did not realize this tweet was a promotion, which contributed to its success – although it should have been apparent considering Ellen’s job was to promote sponsors for the star-studded evening. While smashing all Twitter records, Ellen slyly made a plug for Samsung merely by taking the photo on one of the company’s smart phones.

Social media campaigns often begin with honorable intentions, but the fluid nature of social media can quickly transform the initial purpose into a harmful campaign for a company.

JP Morgan innocently initiated this campaign in hopes of creating a friendly conversation between an executive and the Twitterverse. Users were asked to send questions by using the hashtag #AskJPM. Unfortunately, this social media endeavor unraveled quickly when the corporation started receiving angry, hateful responses.

After reading the #AskJPM tweets, is it true that your traders have gone short banksters and long guillotines?
— Jack Lord (@jacklord) November 13, 2013

The negative soon outweighed the positive, and JP Morgan retracted the campaign stating, “Tomorrow’s Q&A is cancelled. Bad idea. Back to the drawing board.” Sponsoring a hashtag is risky for most companies because of situations like this. Twitter’s uncontrollable force doesn’t always move in the right direction.

After receiving negative publicity on Gordon Ramsay’s Kitchen Nightmares, the owners of this Arizona restaurant experienced an enormous amount of criticism over Facebook. Unfortunately, the owners made the poor decision to lash back at criticism by posting angry Facebook posts littered with all-caps statements, explicit language, and other unattractive choices.

With an unfortunate combination of a picture and caption, Home Depot became immersed in the chaos of a racial controversy. Although the company published a sincere apology, the backlash from the Twitter community consisted of thousands of retweets and angry responses.

When the New York Police Department sponsored the hashtag #myNYPD earlier this year, users quickly starting posting negative images of police brutality and officers involved in questionable activities. Again, the NYPD was attempting to create a connection with the public, but their plan sadly backfired.

Hashtags pose special challenges for social media campaigns. Rarely are they used properly, which is important to remember when brainstorming for fresh ideas.

To institute a successful social media campaign in the future, learn from the unfortunate mistakes of other businesses, and feed inspiration with the success stories of others.