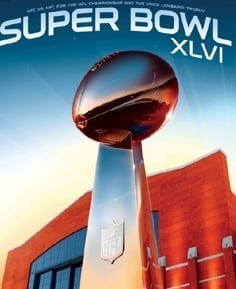 It won’t be just the New England Patriots and the New York Giants that attract viewers to the 46th Super Bowl on February 5th.  The American public just can’t seem to get enough of the commercials released during the Super Bowl.  They are very attention-grabbing, after all, and usually the most comical commercials of the entire year.  It’s been said that a great deal of viewers are watching for the commercials, not the game.

But don’t expect to see all big brands paying the astronomical fees to get a coveted spot.  According to Wikipedia, Super Bowl Advertising costs are in the millions for one commercial and in return a brand gets in front of a viewership of over 90,000,000 when eyes are continuously glued to the TV.  But if you think back, some big brands have been dropping off.   Remember the great strand of Pepsi commercials featuring Brittany Spears?  And the old Doritos commercials with all of the hot women eating those chips in an oh so sexy way?  Where will these brands be during this Super Bowl and what will they be doing/what are they doing now?

They’re using social media marketing instead and saving those millions.  Pepsi completely pulled their Super Bowl commercials a couple of years ago and took them straight to social media, saving a ton of money while also making a ton of money.  This year they are doing the same with a campaign called The Ultimate Match Up.  Simply match a Pepsi and Frito Lay product, upload your photo and send it in along with your contact details and you’re entered to win several prizes, including game day tickets.

Doritos is following suite this year.   They have launched a Crash the Super Bowl social media campaign which gives their fans complete 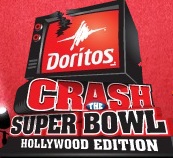 control over which Doritos commercial airs during the Super Bowl.  It’s a simple voting system and for every 100,000 votes they are giving away $10,000 to someone who voted. The campaign has already received 400,000 votes as of this post, with the use of social media alone.

Both campaigns are brilliant.  Both increase brand identity, gains fans and followers on their social sites, and get a great deal of interaction.  They also breed a viral environment as these communities spread the word to their families and friends and so on and so on and all the while gaining the attention of search engines.  So what financial costs are associated?

Besides the development of the social media pages and landing pages and the prizes themselves, not much.  The fans typically do the rest.   Some brands probably engage in some Facebook and Twitter advertising and some pay-per-clicks to get fans and Web searchers to these landing pages, but the costs would still be a fraction compared to the millions it would cost to get a two minute commercial spot.

So why would a brand pay millions for a TV commercial with no direct engagement with their customers and no guarantee of increased sales versus minimal payment for social media marketing and perhaps some paid online advertising with direct engagement and feedback that would allow them to cater their campaign if need be?  It’s really a no-brainer.

Many others are jumping on the bandwagon.  This year you can expect to see Bud Light hosting two social media contests for the Super Bowl.  One asks fans to predict a game play for a chance to get to go to the Super Bowl and the other requests videos be sent in explaining why one would be the best correspondent to represent Bud Light and the winner will get to be just that, along with VIP access to interview the athletes and to stay in the Bud Light Hotel.  This campaign not only generates huge user engagement but allows the winner an experience of a lifetime, something that will be shared well after the Super Bowl is over.

Chevrolet is using social media marketing and the Super Bowl to push their new app.  As fans download the new app, they are entered to be one of the 20 who will win 20 brand new vehicles.  The app will require users to answer questions about the game and other small prizes are available as well.

Let’s not forget the Super Bowl itself.  What are they doing in the world of social media marketing?  A lot it seems as this year a whole social 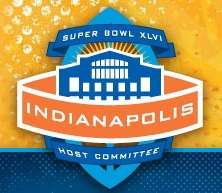 media command center is being utilized.  Need information on directions to the stadium in Indianapolis, where to park, where to eat, where the bathroom is and what the best city attractions are?  These types of details will be tweeted and posted on Facebook from the 2800 square foot command center, located in downtown Indianapolis, and operated by a whole team of social media strategists.  It will open next Monday and stay streaming through the Super Bowl.

And don’t worry about being completely dependent upon watching the streams to get the information you need.  The team has set up advanced search tools to pick up on posts from fans such as “parking sucks” and will tweet directly to that fan and solve their problem.  Raidious is the digital marketing agency that will be managing the super social and communications hub for the world’s largest sporting event.  You can bet this will set a precedent for other large events in the future. Kudos and best of luck to

Raidious that all goes well, especially on game day.

For social media marketing help with your own campaigns, visit us at Social Media Marketing.  We’d love to hear from you and get you engaged with your fans as well.