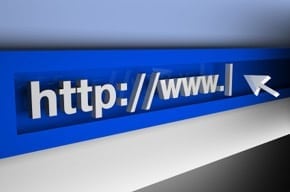 We’ve been having a bit of an internal discussion as to when do you rewrite dynamic URLs and when to just leave them alone here among the team at Vizion. Do we rewrite URLs all the time? Does it depend on the number of variables in the URL string? Does the built in authority and trust of the website factor into the decision at all?

The benefits of rewriting URLs are clear. In my mind, some of the best reasons for using these pretty URLs:

1. They’re easier for people to link to.
2. They promote usability. With a good URL hierarchy, the end user can more easily see where they are in the site.
3. The can hid what’s under the hood of your website, enabling you to change the backend, without having to change the URLs
4. They can encourage the search engines to spider pages, they might not normally mess with.

So what’s the downside? The answer is: not much, if it’s a brand new site or a site that’s really not ranking that well. What if you’ve got a finely aged domain, with plenty of great links that most sites would kill for, all initial signs point to the fact that with proper on-page optimization you could rank for anything in the industry you felt like. Would you want to rewrite those one variable URLs now? Or just leave them alone?

If you’re saying to yourself right about now, “Why don’t you rewrite the URLs and 301 redirect from the old to the new?” Good, you’re at least still following along…But if you know about 301 redirects, you probably know that the search engines don’t always have their stuff together when it comes to sorting these redirects out. Here’s just one example (registration reqired) of Google now dealing with a simple non-www redirect to the www version of a website. (A redirect that they recommend) and it just takes a look around the URLs still in Ask.com to see they clearly don’t know which way to go when redirected.

So you see a simple redirect isn’t always so simple and therefore neither is the decision to rewrite URLs on an established site. So to the search engines, is it too much to ask for someone to figure it out once and for all? To the rest of you: Do thoughts of search engine spiders following your redirects (or maybe not) keep you up at night?