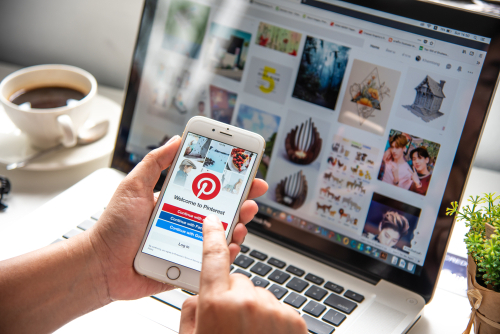 Since its launch going on a decade ago, many have considered Pinterest the little sister of the social media giants. In fact, a simple search beginning with “Is Pinterest – ” leads Google to fill in the rest of the phrase with “ – social media.” Apparently, even some of Pinterest’s users aren’t altogether sure if Pinterest is a social media outlet, a personal bulletin board, or a buyer’s paradise. According to some of the most relevant statistics out now, however, it’s all three.

We’ve compiled some of the most relevant Pinterest statistics for business that we believe are important to check out now. Among them are stats that tell us how many users access Pinterest, along with their demographics:

1. Two hundred fifty million users access Pinterest every month, worldwide, and 77.4 million of those are right here in the U.S. While other social media sites can offer more logins per month, it is important to note Pinterest’s relative youth compared to other social media platforms – Pinterest began in 2010, four years behind Twitter, five after YouTube, six behind Facebook, and nearly eight years after LinkedIn launched.

2. Pinterest expanded its base by over 7% between 2017 and 2018, exceeding Facebook and Twitter’s combined gains for the same period. While Pinterest is relatively young compared to other social media platforms, it isn’t so young that marketers should attribute this growth to a flash in the pan, spurred by the novelty of a new concept. Instead, consider the fact that Pinterest continues to gain 5 million-plus users nearly ten years into its existence, and think of what that volume of new, potential consumers could mean for your marketing strategy.

3. Pinterest is not only social media, but the fourth most popular social media platform in the U.S. in 2018, outranking the likes of Twitter, Snapchat, and LinkedIn. By the end of 2022, emarketer estimates at least 87.2 million users will call Pinterest home. Of course, a branding tool with more reach than Twitter and LinkedIn is significant, but more users aren’t necessarily better, unless they’re within your target market. Fortunately, Pinterest’s primary demographics are some of the most influential in the U.S. when it comes to purchasing power.

4. Of women aged 25 to 54, 41% actively use Pinterest, while 82% experience Pinterest content in some way or other. The two numbers seem like a bit of a contradiction, but consider the fact that Pinterest content appears within the top several Google results quite often. Chances are, even if a non-user searches for something your company does well, they’ll encounter Pinterest’s impressions of it. This access to non-users alone is something your brand should consider when determining whether to pursue an active Pinterest marketing campaign.

5. Further, consider the fact that Pinterest refers to women 25 to 54 as “Deciders.” Why? Women in this age bracket control over 50% of the wealth in the United States, and make over 80% of the purchase decisions, making reaching them a top priority for most niches. Women control the decision making in most households across the United States, meaning that even if your brand appeals mostly to men, you must reach women as well, since they’re the demographic that holds the final decision when making a purchase. If you want to target women in this age group – and you should – Pinterest is an excellent place to start.

6. Pinterest users are increasing steadily even outside the primary demographic, as men comprise 50% of new Pinterest signups, with 80% of those hailing from outside the United States. This is excellent news if your brand targets male consumers, especially on an ecommerce platform accessible to users around the world. DIY projects are huge on Pinterest, and if you can gear your marketing campaign toward a branded DIY, you’ll have access to the 38% of American fathers that have access to the platform. Similarly, men’s style is of interest to both men and women, and building a campaign around style can be a good way to get views even if style isn’t your niche.

Besides the number of users and their demographics, another important way to look at Pinterest is exactly how its users interact with the platform. After all, Pinterest differs from Facebook, Twitter, and Instagram in one crucial way; where the others exist to be a public or network-level platform with which to share the user’s opinions, Pinterest functions as a personal bulletin board, meant for users to plan for their own purchases and projects.

7. 85% of women aged 25 to 54 use Pinterest to plan life moments. Since these moments include the planning of events such as weddings, home buying and vacations, marketers will want to consider the product and service purchases that go hand in hand with all of these moments. Other moments, like the purchase of home furnishings, have an even more product-driven purpose.

9. Pinterest delivers the largest number of click-throughs, proportionately, of any social media site. Exposure to your products does little good if users don’t wind up clicking through and viewing the product on your page, increasing the chances of making a purchase decision. Fortunately, Pinterest sends 33% more traffic to purchase sites than Facebook, 71% more than Snapchat, and 200% more than Twitter.

10. After they’ve found products, 90% of Pinterest users use their findings to make purchase decisions. Because of this high drive to purchase pages, Pinterest has an excellent ROI of over $2 for every advertising dollar spent.

Pinterest is in the early stages in terms of its advertising and marketing offerings, but there are clear benefits of using Pinterest to target new consumers. Gearing a marketing strategy specifically toward Pinterest stands to impact your business positively.