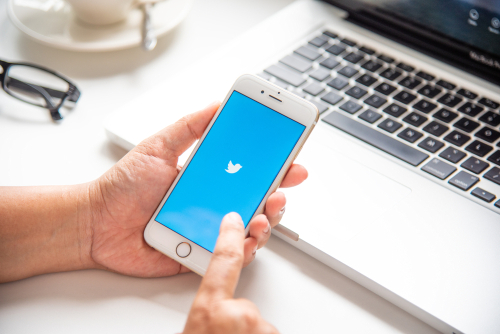 Twitter is one of the most popular communication platforms today. It began as the brainchild of Jack Dorsey, Biz Stone, and Evan Williams, three programmers working for a struggling podcasting company called Odeo. After Apple’s podcasting service essentially destroyed Odeo’s business model, the founders decided to buy Odeo back from their investors and use the company to house the new project: Twitter. While it remains unclear how much those investors knew about the blossoming Twitter platform, eventually, the founders used Odeo assets to build the framework of what would become the Twitter known today.

Originally designed as an SMS messaging platform, Twitter started with the infamous 140-character limit due to the constraints of SMS messaging at the time. Eventually, this and many other aspects of the platform would change dramatically.

Twitter saw explosive initial growth during the South by Southwest (SXSW) event in 2007, where users sent an average of 60,000 tweets per day during the event. This daily usage began to skyrocket as the platform gained traction and developers started adding new functions. Currently, Twitter tracks about half a billion tweets per day, allowing users to reach a global audience with unmatched speed. Twitter passed the one billion Tweet milestone in November 2008.

If you’re familiar with using the current version of Twitter, can you imagine how difficult it would be to use the platform without the basic functions of reply tagging and hashtags? Originally, users had no way to reply to one another on the platform. Users began adding the @ symbol before another user’s username to signify the message was an intended reply to that user. Eventually, Twitter developers realized this was a great way for users to acknowledge one another and eventually integrated the functionality into the Twitter platform.

Another user-driven functionality change was hashtags. Users began adding hashtags with brief descriptions to signal they were remarking on a broader topic within the platform, and Twitter eventually integrated the hashtag system into the platform as a native function. Retweets began in much the same way; users wanted a way to re-post other users’ messages while crediting them for those messages, so they would add “RT” and the original poster’s username before reposting a tweet. Twitter added Retweeting as a native function in August of 2010.

The 140-character Tweet limit became a matter of branding rather than a restriction from the earliest Twitter builds’ limitations. While many users believed that the 140-character was too restrictive, Twitter developers including Jack Dorsey held fast to the belief that brevity was an inherent characteristic of the platform. However, in 2017 Twitter finally decided to double the character limit to 280 characters considering the continuous growth of the platform and the extraordinarily diverse userbase.

Quality of Life Improvements Over Time

Like all other social media platforms, Twitter eventually needed to adapt the platform to changing user preferences and behavioral trends. Twitter developers have implemented many quality of life changes to dramatic effect over the years:

Twitter developers are constantly looking for new ways to enhance the user experience on the platform for all types of users, including brands that leverage the platform as a means of communicating with their consumers and audiences. If you use Twitter as part of your social media marketing ecosystem, it’s essential to consistently review your performance on the platform and account for recent updates and feature implementations. If you haven’t performed an audit of your brand’s Twitter account for a while, it’s wise to coordinate one as soon as possible.

Remember, your company’s image extends far beyond the company’s profile, and your partners and employees with Twitter accounts can also draw attention to your brand for better or worse. Take time to regularly review your Twitter marketing and stay up to date with the latest functionality changes so you can take full advantage of everything the Twitter platform has to offer.

At Vizion Interactive, we have the expertise, experience, and enthusiasm to get results and keep clients happy! Learn more about how our SEO Audits, Local Listing Management, and Website Redesign Consulting services can increase sales and boost your ROI. But don’t just take our word for it, check out what our clients have to say, along with our case studies.