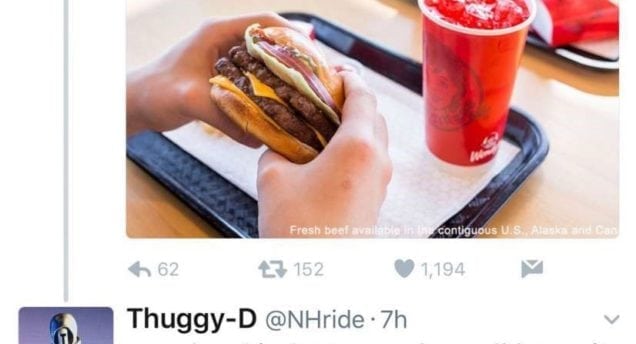 2017 was a big year for brands in social media. There were so many wins and fails that if I attempted to record and publish them all, it would almost be 2019.

In 2017 Wendy’s went viral for their sassy and quick-witted responses to users via Twitter. One such user ended up deleting his account. But from then on, Wendy’s became renowned for their quick responses and “take nothing from anyone” attitude. 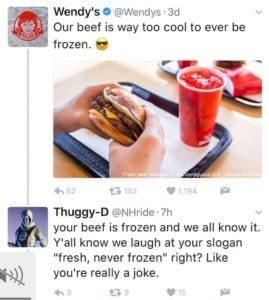 While some may have disliked their style, many more praised it. But something would change halfway through 2017 that would put this style to the test.

The main voice behind the account and social media team left, for reasons she detailed out here.
Not a lot of people took notice. I thought this was really going to push what they had established to the test.

Was the voice of the Wendy’s social team going to change?

When one person becomes known as “the voice” for your brand’s online presence a delicate dance begins. If this person was to leave, go on vacation, what would happen to your brand’s voice online?

Would it die down? Go silent? Would the “precanned” content and responses be that noticeable?

If you go back and reread several of the Wendy’s Twitter pieces, you’ll notice one thing keeps getting brought up time and time again: “Our team”.

What did they do to prevent the voice change?

Wendy’s built a social media team that all shared the same voice online. They all have very similar humor/style and thought process.

They recently did an AMA on Reddit where you can see the similarities and differences in their responses. They are unique as individuals, but the same when it comes to representing Wendy’s online.

Building a team that can be interchangeable like this takes time, practice and dedication to your brand. It’s about hiring the right people and growing them.

The guy who hired Amanda said he took time in hiring her, but also followed her around on social media to see if her voice differed. I have no doubt he did the same with the rest of the team assembled.
It would be impossible to hire someone who doesn’t use social media every day and not watch how they interact online.

How I failed Vizion & turned it around

At Vizion we went through something similar a few years ago when we hired someone new. Back then we had social media contests to see who could get the most interaction on content pushed to Facebook and Twitter.
And this should come as no surprise to those reading this, I cleaned house. Many of you I even reached out to, to help from time to time.

But when Kristien came on board it changed things. Finally, I had some competition, which only benefited Vizion in the end. Or so I thought.
She won several contests the next year and ended up winning the year end contest we had. Which was great. Vizion had another person on staff who could hold her own online in regard to social and even help out at conferences online.

Before our first conference however, I let Kristien run things on her own on FB and Twitter (our most active platforms). After a few weeks I got a direct message on Twitter from a friend asking me if I still worked at Vizion. I told him yes and he said, “Your Twitter is different and I didn’t know if you were still there or not.”

A small part of me got smug about it, “Heh, someone noticed”. That was quickly diminished by, “Holy crap someone noticed and thinks the brand voice has changed.” I went back through the recent tweets and met with Kristien on how I approached things online.

We had a conference coming up and instead of Kristien running it herself, we did it together. We met on what memes we were going to use and I introduced her to the wonderful world of reaction gifs for Twitter. 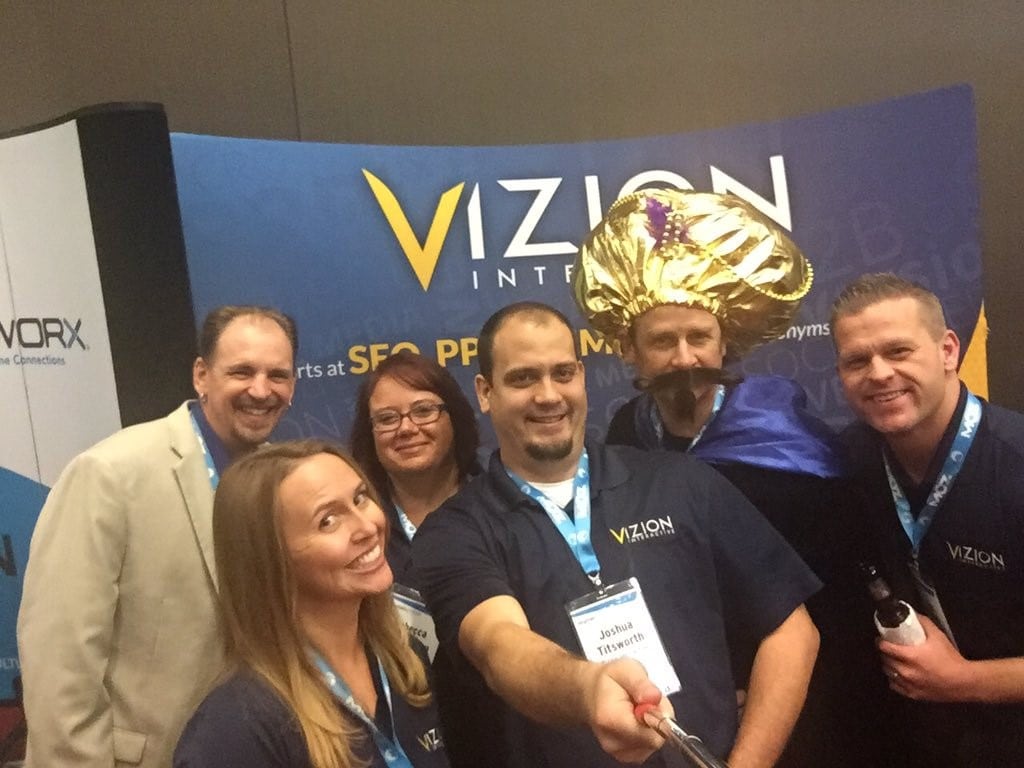 Dallas Digital Summit 2015 was by far one of my favorite conferences to go to and work. We both ran the Twitter account and on the last night we had several people come by our booth to compliment Vizion’s Twitter presence and meet the person behind it.

They were shocked to see two people working interchangeably at an event like that. But we had done it. We had established a “team” behind Vizion online and were on the same page in terms of our voice online. One of us uses more cat gifs than the other (you know who you are), but aside from that we know what we need when we expand our team.

Defining your voice & building your team

A lot of people are quick to jump on the “sarcasm” train for social media. But let’s be honest, it’s just a great way to say something mean and then go “ha ha” jk jk. However, if your audience isn’t into that, that might not work out so well.

There are tons of tools online to help you identify these and more. Building a team to help do this is similar. Someone can have a great interview, but if they seriously lack in any sort of online presence why would you want them on your team? You can train someone to speak like your brand online, but to have an effective social media presence you must be honest, transparent and real.

It’s too easy to spot insincerity.

When you define what your brand’s voice is and what the ideal candidate should be, then it’s just a matter of replicating that in your hiring process. A team is going to have varying personalities sure, but the overall voice that resounds online for your brand is going to harmonize like The Monteverdi Choir…or something similar.