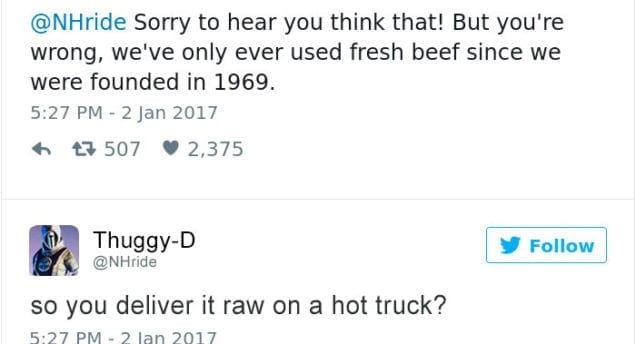 Near the end of 2016, Wendy’s started sending Twitter users and competition to the burn ward. It started with an exchange with a user critiquing their “fresh never frozen” slogan. The exchange was amazing:

It didn’t take long after this for the thread to go viral. It did so well, in fact, Wendy’s told Business Insider their account had not been hacked. Since then it’s been a non-stop stream of witty retorts and gifs:

But are responses like this what a business really should be doing? Sure they’ve gained a tremendous amount of mentions online, but users are now wondering if they can do that full time: 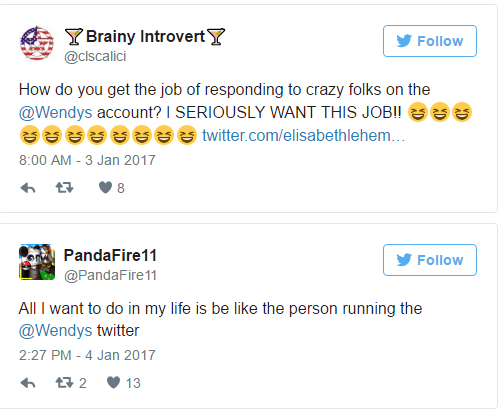 So is this really an example other businesses and social media managers should follow?

In order to answer that you should be looking at your audience. 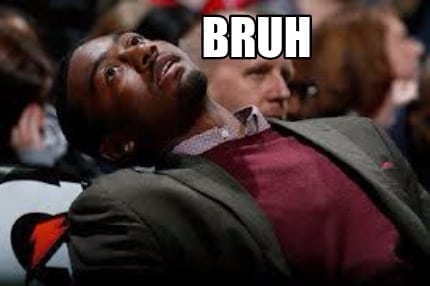 I know shocker right?
Yes, really. And I apologize for the Buzzfeedesk title…sort of…okay, I don’t at all.
What works for one company doesn’t always guarantee that it will work for yours. But Wendy’s is an example of hiring the right person for this job. Before Amy Brown (the voice behind the account) was hired VP Brandon Rhoten said he “stalked her on social media for a few days”. Sure she had the right credentials, but what were her social media skills like?
You can have all the tools and data in the world but if you can’t relate to your audience or engage with them you’ll fail.
Wendy’s knew they needed the right person and they found her.
Don’t get me wrong, making others laugh and loving your job is important. But managing a social media account for a business is making sure you connect with your audience.

Despite the rise in popularity online this hasn’t deterred Amy from her routine customer service and connecting with Wendy’s audience:

That's not okay! Please DM us the store location and your phone # so we can make this right. Thank you! https://t.co/0XgD3py8zp

Wow that is incredibly stunning.

Here’s some insight to people in general. They make mistakes.

Shocking I know. Unlike the photogenic Josh McCoy, we are all prone to mistakes. Wendy’s is no exception. 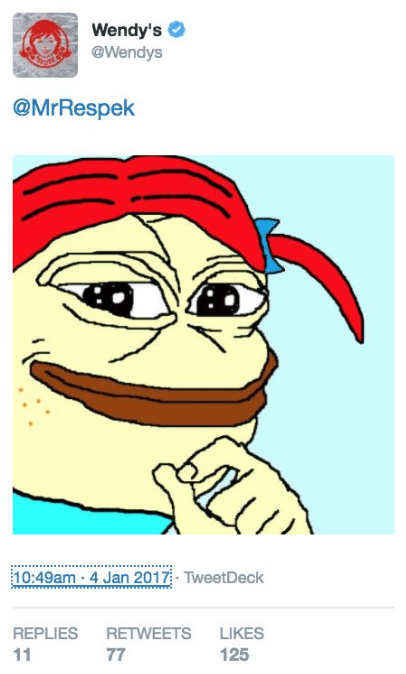 First of all, as a fan of Pepe… 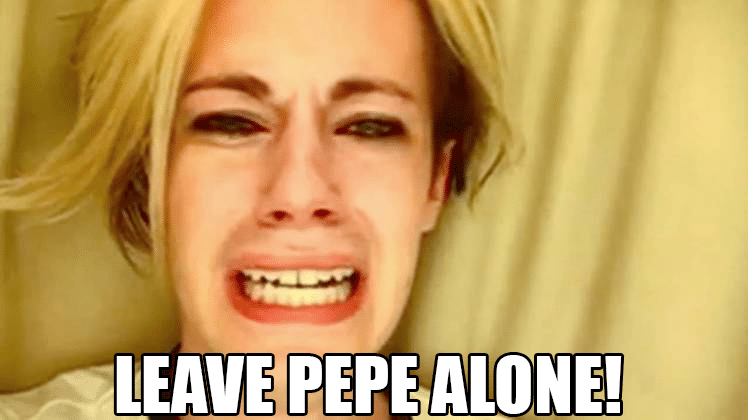 Despite his best efforts, Pepe is now linked with the Nazi and pro-Trump (not a political stance). Hopefully it is a phase, but unfortunately, it’s relevant now. And Wendy’s had to remove it and post an apology. Why bring up this mishap after all the good news? Because this is how a company should deal with mistakes online.

If you search for “social media fails” you’ll find a grab-bag of SEVERAL company Facebook and Twitter accounts retweeting and posting content that should have been given a second glance. Most of the time the content was removed and an apology posted and that should be the protocol…online. Offline some social media managers lost their jobs or were suspended due to errors.

I’ve made mistakes online at previous jobs with scheduling my own and personal tweets and dealt with the consequences. As a company, we dealt with it and moved on. It didn’t happen again.

Not to say Wendy’s or your own social accounts won’t have mishaps but have a plan in place for when they do. When in doubt of sending a tweet, ask around in the office and do some research to make sure it’s fine to send out.

Be real, be honest, be you

Anytime a brand goes viral from a Twitter or Facebook exchange the words “fake account” get thrown around. Let’s be honest, it does happen. For Wendy’s this wasn’t the case but for a well-known chicken sandwich making company that’s closed on Sundays. While they say they were not behind this, they still suffered a bit. 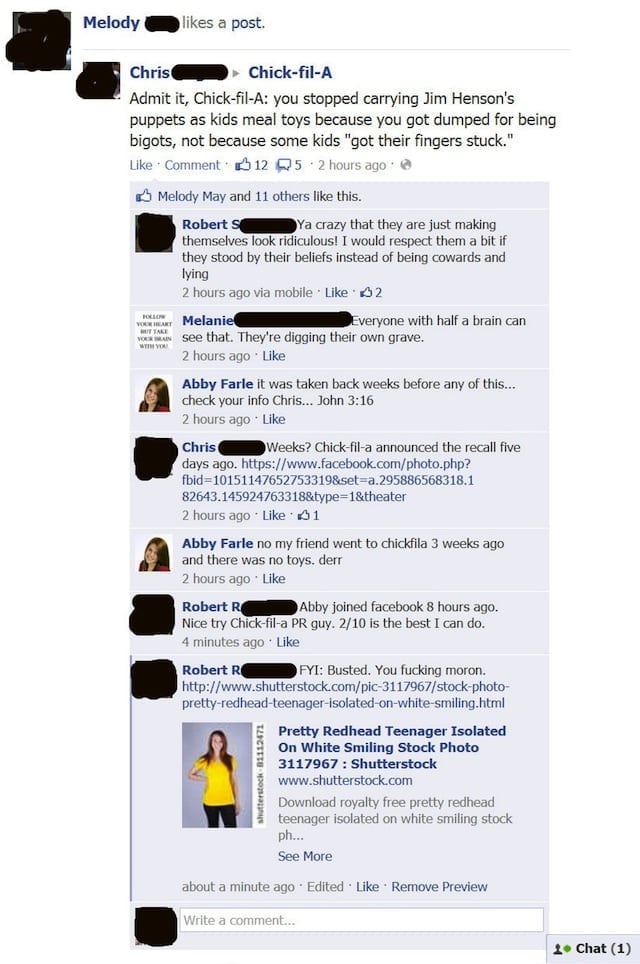 No matter what you think about your audience, they aren’t stupid. And if you treat them as such they’ll know and call you out. And you’ll get next to no traction if all you tweet about are your products and your blog posts.

No one wants to look at just that.

What I like the most about Wendy’s Twitter isn’t just the voice on the account, but the organization around their social media efforts. They get it. But they got there by knowing what voice they needed to have and what purpose the account should serve.

Even when you find what your audience is looking for don’t be afraid to try new things and different styles from time to time. At the very least you can remove it, apologize and move on should anybody get offended.

There are no set rules for using social media. But just copying what someone else is doing is no way to go about connecting online.