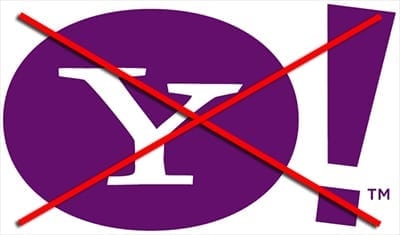 Yahoo recently shut down their paid inclusion program referred to as Search Submit.  What was Search Submit?  Simply put, it was a way to include certain pages in their index and to influence the frequency of re-indexing your site.  How does this affect you?  It probably doesn’t if you weren’t participating in the program.  If you were, you may want to pay close attention.

Some of the features of this paid inclusion program included the ability to create your own titles and descriptions to be displayed on Yahoo’s search engine results page and even have enhanced listings that could draw in higher click rates than the average search result.

The downside was that you paid on a per click basis for any keyword that you included in your feed to Yahoo.  Yahoo claimed that the program didn’t increase your rankings in their search results, but they also claim the it might “lead to more relevant ranking” which seems to be favorable positioning to me.  Many large brands participated in this program and many companies worked as partners “managing” this feed to Yahoo.

From what we can tell, the program officially ended on January 5th.  We saw some discussion on the 4th that people were still seeing paid results in the Yahoo SERPs, and we have confirmed with a client that they were billed up until the 5th of January.  This site is no longer having to pay the per click and management fees, but apparently are still getting the benefits of the program.

The site in question was feeding old URLs to Yahoo instead of the URLs that were re-written by us in Q3 of 2009.  So more than 8 days after the program was shut down, we still see very similar rankings as well as the old URLs being indexed.  However, these URLs ARE being 301 redirected, so we would expect Yahoo to begin to index the new URLs quickly as this is a high volume site.

So we will continue to monitor the traffic, as you should also, because there is no telling what may come from any URLs that were running in the Search Submit Program.