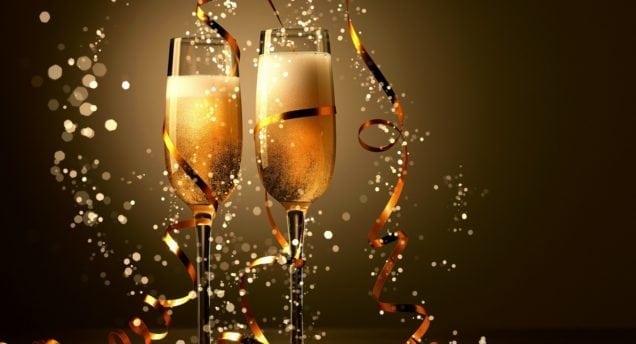 The New Year is just days away, and in the midst of holiday celebration and brainstorming New Year’s resolutions, the Vizion team is making their own 2016 digital marketing (and other fun non-marketing) predictions.

I think more and more people are buying into the concept of SEO (budgeting for “SEO”), but they’re calling it “content marketing”. Because of this, the root of our practice is going underserved/unnoticed and I think it’s time to revisit the technical and architectural foundation.

If I were to predict “the big thing” for 2016, it would be getting clients to remember that there is still a technical side to SEO and it’s a vital one.

Some great tools that I’ve been using more, recently, include Deep Crawl and Visual SEO. Getting a real sense for how a site is crawled, the efficiency of the crawl, and then verifying the indexation with a view of Google’s cache/Google Page Speed tests. These are fundamental elements that all SEOs should pay close attention to, especially for large ecommerce websites.

My Texas Rangers will, once again, compete. However, since they won’t get Yu Darvish back until mid-June, they will struggle to keep up in a competitive division, but will qualify for the playoffs as a wild card. The Dallas Cowboys will trade for Manziel and Jerruh will claim “we’re going to the Super Bowl” (he will be wrong).

The year 2016 will bring upon us heightened marketing behaviors, that which we have already seen heating up over the past year. We’ve seen a continual uptick in the obsession of content marketing and this shows no sign of slowing down. I believe we will see this reach a fever pitch as there is so much resourceful and enticing content pushed in front of web users that marketers will have to uncover ways of standing out in the “content crowd” and creating an impression that leads to a successful website visit as well as a memorable and positive sentiment towards the brand.

Just as I mentioned the over-abundance of content marketing, I think the key to success will be in defining the kind of content you need to create based off of what your current customer base is yearning for. Surveying, polling and asking questions of your customers help you to understand the content that they are looking for. Additionally, as you look to grab the attention of web users you will have to think about how your content stands apart from the rest of the pack. The winners of 2016 will not be those creating simple blog posts. It will be those with captivating videos, personal opinions and other non-conventional or saturated content creation techniques.

The Chiefs won’t make the Super Bowl, the Seahawks might make it but they may pass up the opportunity given the chance.

Content marketing will keep growing and overshadow some other equally important aspects of search marketing. Content and social activity is great but if the search engines can’t properly crawl the site or if users have an issue using it what good is it? It’s time to focus on the bigger picture.

In 2016, I think we will continue to see a strong emphasis on content marketing, especially in eCommerce without true plans on the infrastructure and conversion path analyses.  This will eventually lead to content becoming a beaten marketing vehicle, but only because it was a poorly planned and used marketing channel, especially onsite.

Some will talk of great successes, but primarily those who created a full concept of how that marketing would introduce and engage actual visitors while actively enticing them to become customers through strategic engagement and a core focus on user engagement and onsite personalization.

The Chicago Cubs will again make the post season.  They will suffer some key injuries early in the season, but will finish the second half strong.  The young players will show great maturity and will be a huge contribution to the team’s success throughout the 2016 season and post season.

Due to the presidential elections, next year’s holiday season will be stunted and could have large impacts on purchase behaviors, possibly even causing purchases to be made later than usual.  This will be due to individuals and families holding back on a portion of their typical earlier holiday spend while waiting for the dust to settle after yet another chaotic and manipulative presidential election in the U.S.  The result very likely will be a later than usual spending spree by consumers.  For ecommerce companies with a holiday driven business focus, this will mean that late cut off dates and a true ability to get gifts delivered on time will provide a marked advantage, especially if expressly marketed.