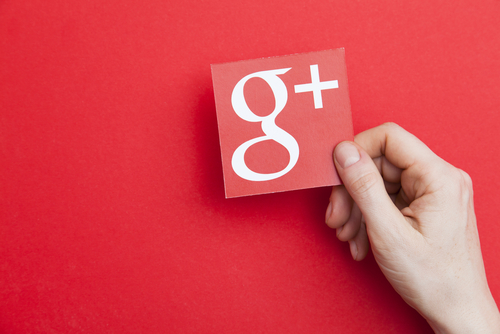 Google+ has been a central topic of social media attention from its initial intention as a social network that could stand up against Facebook, to its steadily declining current status. Even so, Google has kept at its fourth social media venture since 2011. However, due to recent developments, the company has finally decided it’s time to shut down Google+.

The Influence of Google+

While technically separate platforms, Google+ is clearly connected to Google’s search engine, especially in the early stages of the platform. Aside from serving as a social media platform, Google+ included the +1 buttons for websites, allowing users to essentially upvote websites. For a time, these buttons served as a ranking signal that would influence search engine results. This feature became much less prevalent over the years.

Additionally, Google+ served as a baseline for personalization in search results. Through Search Plus Your World, Google would use information on what your friends searched for and clicked on to personalize your search results. It would also use your Google+ account to display personal assets like emails, flights, and photos during searches. These personalization features are also no longer in use.

Other moments of influence in the history of Google+ include the highlighting of Google+ content in search results and the local search integration between Google+ and Google Local results. Throughout the platform’s lifetime, Google has been trying to attract users toward it – with mixed results.

Though it started as a response to Facebook, Google+ never quite picked up the same steam as Facebook. Other major social platforms, like Twitter and Instagram, also far surpass Google+. The platform almost became nothing more than fodder for jokes among the SEO community.

That’s not to say that Google+ doesn’t have its niche. While not as many people use Google+ as other social media platforms, there are dedicated users who stay on the platform. However, the percentage of these active users is incredibly low. Businesses that wanted to incorporate Google+ in their social media strategies could, but it wouldn’t have as much of the impact as taking advantage of other platforms.

The Decline and Coming End of Google+

As Google recognized the minimal success their platform was achieving, the company began to stop pushing Google+. There were very few updates to the platform, and Google+ steadily started to shut down features. Saved searches, ad integrations, and the removal of Google+ from knowledge panels and Google local edits were just some of the losses – not that there was much impact on the platform’s users.

Now Google has chosen to shut down Google+ for good. The declining use of the consumer version of the platform is one major reason. Google itself has reported that user sessions for Google+ last less than five seconds – and these numbers account for 90% of uses. There isn’t enough of an active user base to make maintaining the platform worthwhile.

However, that’s not the only reason. As more people continue to use the internet, the privacy of personal data has become even more important. Google has been working to continue enhancement of its security and user data experience through Project Strobe. Part of this project includes reviewing the application program interfaces (APIs) associated with Google+. Aside from confirming the underwhelming amount of user engagement, this review revealed some issues with the APIs.

Google’s announcement mentions that the APIs for Google+ are difficult to develop and maintain, requiring substantial effort to manage a platform to user expectations – no matter how small the number of users. Additionally, the review discovered that one of the Google+ People APIs had a bug.

The API in question was one that allowed users to grant public access to their profile data, as well as the profile information of their friends. However, the bug allowed for apps to access profile fields shared with users, even if they weren’t public. While this did not include any other data posted to Google+ and other services, it did include information like name, age, gender, email address, and occupation.

The bug most likely occurred due to a Google+ code change that altered the API’s interaction with the platform. The review found no evidence that any app developers were aware of the bug, or that any other parties abused the API or misused the profile data. Google also patched the bug in March 2018.

Due to limited API log data, Google couldn’t produce a concrete number of how many accounts the bug affected, but estimates roughly half a million. Because up to 438 applications may have used the API in question, this bug could have created a major security breach for these Google+ users.

Google announced that challenges like these, and the low user base are the primary reasons for closing the consumer version of Google+. The platform will continue to wind down over a ten-month period, finally stopping operations in August 2019. Google will announce more information on how users can download and migrate their data over the coming months.

However, it’s not the end for all of Google+. The enterprise edition of the platform has a much more active user base, where companies can communicate with each other through a central corporate network. As consumer Google+ sunsets, Google will be shifting its attention to the enterprise edition and launching more features for businesses.

How Will the Loss of Google+ Impact Marketers?

In terms of marketing, watching Google+ shut down isn’t too much of a damaging blow. Most marketers have much deeper trenches in social media with more robust user bases. For those who have Google+ as part of their marketing strategy, there may be some impact – but overall, the resources used for Google+ campaigns can instead go into other advertising efforts. And with ten months until Google+ closes for good, there’s more than enough time to develop new marketing plans.

The loss of Google+ also means the debate on whether +1 buttons still affect search engine results will finally come to a rest. No Google+ means no potential impact on rankings whatsoever.

Considering the decline of the platform, it’s not much of a surprise that Google+ is closing. And while marketers may not see much of a change in business, Google’s decision will likely impact the ever-developing topic of cybersecurity and online privacy.