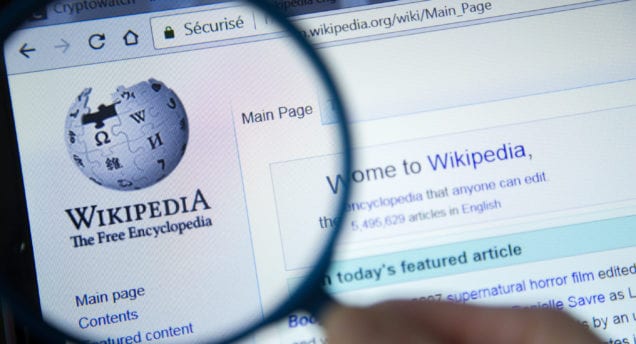 Google’s search engine, like any other, was originally conceptualized to connect users with results that satisfied their needs. Simply type in a query, press enter, and receive a set of mostly relevant, mostly trustworthy web pages geared towards the purpose of the query. While previous search engines had relied 100% on page content to populate the top search engine result (SERP) blocks, however, Google’s PageRank algorithm also took into account the number of other pages and domains that linked to each page – placing importance on the perceived authority of each webpage as it related to the number of times other pages linked to it, and spawning the birth of the search engine optimization (SEO) industry as we know it today.

Over the years that have elapsed since Google first released the PageRank algorithm – over twenty and counting – the largest search engine in the world has taken significant steps to ensure its users encounter the best, most relevant webpages first on each SERP. In fact, users click on one of the first five results over 67% of the time, making those top slots some valuable real estate. To achieve those top spots, SEO professionals and webmasters engaged in a series of strategies to increase the number of links back to each webpage.

How Link Building Is Changing

In the first several years after Google introduced PageRank, many webmasters engaged in overzealous, automated, and scalable link building tactics designed to gain as many links as possible regardless of the source. Since, Google has tweaked its algorithm multiple times in an effort to place more importance on links from reputable domains and curb unsavory link building practices, most notably in 2012. As such, links from webpages and domains with high amounts of expertise, authority, and trustworthiness essentially transfer some of those qualities to the pages they link, while links from link farms and other disreputable pages could actually result in penalties.

In addition, a recent algorithm update from September of 2019 asks webmasters to qualify links they provide with one of three tags: nofollow for cases where a link is desired but the webmaster doesn’t wish to endorse or pass ranking authority on to the page, sponsored for cases where a webmaster received compensation or participated in sponsorship for a page link, and ugc for user generated content. These tags allow Google’s crawlers to better understand the ways in which links occur and identify unnatural links that attempt to inflate a page’s ranking.

How Are Wikipedia Links Classified?

From a strict SEO standpoint, Wikipedia links are considered nofollow. This means that even though your website may be linked on Wikipedia numerous times and provide expert or quality content, Google’s crawlers won’t analyze your contributions and attribute you with any of the authority Wikipedia holds. That’s unfortunate, since Wikipedia is one of the top most visited and most-cited domains on the internet today.

Wikipedia remains the topic of much SEO debate, partially due to nofollow backlinks, and partially due to the fact that content on Wikipedia is essentially user-generated. That, argue many SEO minds, makes Wikipedia a source with diminished authority that should be ranked just as any other site. However, Google still views Wikipedia favorably because its links are peer-reviewed before publishing.

Is Wikipedia Worth the Trouble?

Now that Google has further tweaked its algorithms so that links to relevant pages for the search term rank higher, Wikipedia backlinks still hold value. For the most part, Wikipedia pages are fairly specific, so if a user searches for “stand up paddleboard” and you happen to be a paddleboard company that contributed content to Wikipedia, the backlink gained is much more relevant than that from another dictionary site.

Don’t overlook the other benefits you’ll receive from Wikipedia links, either. That high level of specificity mentioned earlier also helps to drive traffic your way from readers searching within your niche, from one of the most highly accessed sites on the net. Think of it this way; nearly every search you perform on Google, aside from local maps and business queries, features Wikipedia somewhere on the first SERP. In short, Wikipedia garners an insane amount of traffic on a daily basis, and most of it is directed specifically at content that has the potential to drive traffic to your site.

While Wikipedia backlinks don’t provide ranking boosts in the traditional way due to the nofollow tag, they’re still worth pursuing as a part of your link building strategy. Whether you choose to seek Wikipedia links by providing additional content to be verified by Wikipedia editors or undertake a less traditional way of garnering backlinks by repairing old or broken links, the increased traffic and quality links are worth the effort.

For additional, deeper insight into the strategies behind link building efforts, consult with Vizion Interactive. Our expert SEO team can provide suggestions or even perform an audit to ensure you’re optimizing your SERP presence. Reach out today for more information; alternatively, you may also request a quote for any of our managed SEO services.