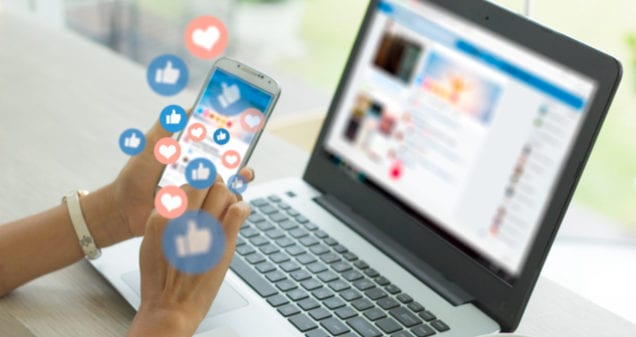 The year 2020 isn’t even over yet, but it has already been a pretty wild ride. Meanwhile, the world of social media marketing continues to expand as more people spend their time browsing social media sites. We’ve seen a huge shift from more traditional forms of advertising like television, print, and radio towards more attention on social media outlets. Even huge companies can easily interact personally with their customers on these platforms, creating better connections.

The current events of 2020 have also thrown plenty of wrenches into the mix, keeping marketers on their toes trying to keep up and have relevant content that relates to their customers and their current situations. During this time, several companies have risen to the top with some creative social media campaigns. Let’s take a look at some of the most successful examples.

This small tourism office from British Columbia took the pandemic guidelines to heart, creating content that was responsible and relevant to the moment. The entire travel industry is taking a huge hit this year, and travel-related promotions are very difficult right now. Hello BC used social responsibility, updating their usual hashtag from #ExploreBC to #ExploreBCLater, encouraging travelers to stay home for now, but keeping BC at the top of their minds for travel later on.

Dove has a history of supporting social media causes, especially when it comes to empowering women, and recently used the hashtag #ShowUs as a way for women to share their photos to promote individuality and diversity. The campaign promotes diversity and the unique qualities of all types of women. It generated a huge amount of user-generated content and garnered audience participation from a wide variety of customers.

Another example from the troubled travel industry, Airbnb found a way to put a positive spin on things, even while business is down. Airbnb not only kept their business name at the forefront of consumers’ minds, but they also found a way to actually contribute to the current situation. Throughout the pandemic, Airbnb has offered free or discounted housing to emergency responders. This initiative has kept their business going during a very difficult time and created a very positive brand image for their customers.

Coors Light has had several ingenious and successful ideas this year. Starting with a viral photo of a 93-year old woman in quarantine requesting more beer, Coors Light reposted the image and sent the woman a supply of Coors Light. This inspired the #CouldUseABeer campaign, encouraging their customers to post why they could use a beer and promised 500,000 free beers with purchase.

On the tails of this relevant campaign, Coors Light created the Clone Machine, which allows customers to create a loop of themselves looking interested to use for online meetings, while they sneak away to enjoy a beer. All their recent campaigns have boosted their public image and taken advantage of viral sensations while remaining current with the quarantine culture.

TV subscription service HBO used an incredibly popular show, Big Little Lies, to capitalize on the fact that more people than ever are staying at home and watching more television. They offered a free trial, promoting this show, to entice viewers to their platform. Their timing was perfect. The campaign garnered success with more customers signing up for the platform.

With more people working from home, the conference platform Zoom has really taken off. Already becoming popular, Zoom became an essential tool during the pandemic. The platform comes with the option to change your background, giving users the ability to hide their home environments and get creative with their online presence during meetings. The feature has even inspired contests where users submit creative backgrounds and can win prizes.

This February, Starbucks UK ran a campaign that partnered with an organization that supports trans and gender-diverse youth, called Mermaids. The campaign #WhatsYourName aimed to support people of all genders and showing respect for their chosen names. It gained positive momentum from both critics and fans, showing support for diversity and inclusion in the community.

This well-known brand turned its own tagline on its head, transforming it into “The Best Men Can Be” and used YouTube as well as social media shares to get their message across. Rather than relying on tired stereotypes of manliness, the short film from Gillette and updated slogan challenge men everywhere to move beyond these old gender roles and hold each other accountable. The heartwarming video touches on issues like gender roles, bullying, and the #metoo movement. The viral video did get some backlash, but the controversy helped to spread the campaign too. Ultimately, it was seen as a success, and the relatable video helped bolster the brand.

The famed color and design brand capitalized on a unique coincidence at Super Bowl time this past year — the fact that both teams had almost the same team colors. In fact, the shades of red used by the two teams were only one point apart in the Pantone index. Pantone provided commentary throughout the game on social media outlets, using color to tell the story. Their unique approach was fun and creative, bridging the gap between the world of design and the world of sports. It’s a perfect example of taking advantage of the right situation and running with it.

Why These 2020 Social Media Wins Matter

Understanding social media wins gives you an advantage when you’re creating your own social media marketing strategy. For further help managing your next steps, talk with the team at Vizion. We can guide you to best practices for your business.