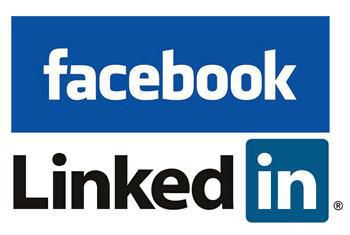 LinkedIn was first launched in 2002 as a platform for professional networking, allowing people seeking employment a place to interact with prospective employers and showcase their experience and skills. Over the years, the site has undergone a number of changes and updates, and the content displayed on the site has shifted as well. With the increased presence of articles about celebrity gossip and advertisements, some users have voiced concerns that this long standing tool to build business relationships is starting to strongly resemble another social media giant with a far less professional reputation: Facebook.

The truth about LinkedIn is that despite its intended use, it has always been a form of social media. Users on the website are encouraged to customize their profiles with bios and pictures in an attempt to capture their personalities. Once you’ve built a solid online representation of yourself, you can start making online connections to other users. The interactions don’t end there. Not only can you send each other messages, but you can also congratulate your friend on exciting accomplishments or wish them a happy birthday.

However, a professional context has always been attached to those social interactions. For example, the users you connect with can endorse any skills you’ve listed on your profile, serving as references for potential employers seeking a candidate with those skills. Additionally, you can navigate to that person’s profile and view their connections as well. This allows you the opportunity to introduce yourself to new people through your mutual acquaintance instead of cold calling as a complete stranger, which makes them far more amenable to having a conversation with you.

Given the relatively community-based origins of the site, it may seem strange to take issue with LinkedIn for becoming too social. It’s important to clarify that the concerns are not about the existence of interactions between others. Networking in person is an incredibly useful way to open doors for yourself and discover new opportunities that can help you in your career, and no is arguing against the similar benefits obtained through networking online. Instead, it’s the quality of said interactions that is troubling.

As a user on LinkedIn, you have the ability to share articles and write posts in addition to simply updating your profile or communicating directly with your web of connections. Some users will stick to only sharing business and marketing related content, including tips on new advertising platforms, articles on interview strategies, and other such items. Yet users are not policed in the content they share, and can certainly post about non-work related, such as celebrity gossip or personal drama.

Another criticism involves the groups feature offered by LinkedIn. Users with similar interests can join groups together to exchange helpful experiences, questions, and advice. As individual interactions involving sharing articles and reacting to what others have posted increased, interactions within these groups have suffered. It doesn’t help that the company itself has shifted its priorities elsewhere, relocating groups to a less prominent location and disabling some of the more useful moderation and communication tools.

Is This Necessarily a Bad Thing?

The fact that LinkedIn looks different now than it did when it first launched is indisputable. But is this necessarily a bad thing for the platform? After all, despite the above complaints, LinkedIn remains incredibly popular, with over 700 million users on the site. Clearly, plenty of users still find it useful. In fact, of those who have voiced their observations regarding the changes made within LinkedIn, not all of them find those changes objectionable.

Some people believe that, given the importance of social media and pop culture in marketing these days, being in touch with what’s currently culturally relevant via the sharing of superficial content is actually a positive thing. The seemingly inane articles that have cropped up all over people’s feeds give them an inside perspective on the trending topics of today.

We live in a society that is incredibly connected in a way that our ancestors never were. One little video involving a can of kombucha goes viral. The next thing you know, you have people spread all across the globe laughing at the same young woman, a woman who has since become a very successful influencer, easily earning thousands of dollars per post. In many ways, social media is merely a reflection of our present society. If LinkedIn has changed, it’s perhaps indicative of greater changes in modern professionals, and remaining up to speed on the interests of those professionals can lead you to discover new opportunities or reach new audiences more effectively.

If you’re among those who’d still rather avoid this particular side of LinkedIn but don’t want to give up on the connections and reputation you’ve built up over the years, there’s one more option left: pruning the content on your feed. The information displayed on your feed isn’t generated by an anonymous source. Those articles are shared by individuals that form part of your current network. Instead of giving up on the platform altogether, consider going over your existing connections and removing those that are no longer relevant to your needs and interests.

Simply put, networking isn’t just about the number of people in your web but rather the quality of those connections. By being more selective with your LinkedIn network, you can enjoy all the benefits of the platform without having to sift through superficial pop culture trivia.