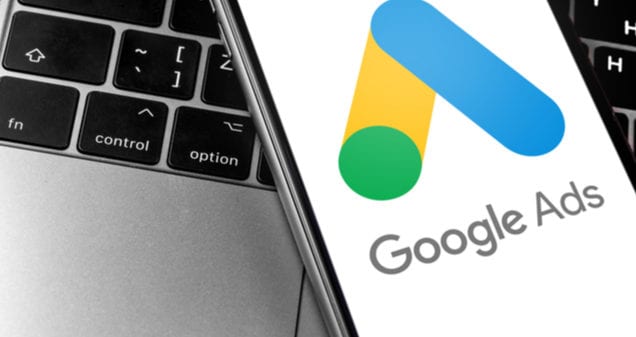 You’ve likely seen the breakdown before:

All (well, most) are verifiable statistics that speak to the importance of images in our daily lives – and in our online encounters. In fact, the two are becoming more and more synonymous as an ever-growing portion of our day-to-day activities actually take place online, especially in 2020.

From shopping to consumer research and e-learning, the way images influence us is more relevant than ever – at least if you’re keeping tabs on the tweaks Google makes to its organic and paid search machine. (You should be.)

In its Google Marketing Live announcement in 2019, Google cemented the importance of images in its various paid ad formats. In essence, Google reasoned that instead of just scanning text about your product or the benefits of your page, an image reassures users that your landing page will be beneficial.

Of the two, Gallery Ads were considered the prominent ad image choice, and Google rolled out a beta program for the format in 2019. However, after months of testing, Google has chosen to sunset Gallery Ads Beta as of August 2020.

The decision to phase out the larger, predominantly image-focused Gallery Ads is telling – especially when combined with the fact that Google also announced that Image Extensions would be receiving its own closed beta in December of 2019. Although popular with the automotive industry and a few other select niches, Gallery Ads never reached the level of implementation Google had hoped for, potentially because they were too involved.

To utilize Gallery Ads, advertisers were required to devote attention to developing an entirely new type of ad format. This involved choosing optimal photos, optimizing them for Google’s use, developing captions, structuring and sequencing, and more. The result was an image ad format with a fairly high entry barrier – an issue highlighted when the company chose to open up a beta program for Image Extensions (an image type with a relatively lower barrier to entry) instead.

Unlike the other ad image types, Google Image Extensions is able to pull images directly from your existing site content, which appear as a single, right-oriented thumbnail image next to your ad text. The ad appears very similar to organic search results, in this respect, serving to further blur the line between organic search and paid ads for the user. In fact, Hugo Boss saw a 5% boost in CTR using image extensions, resulting in a 250% improvement in ROI. Once only available on mobile, Google is now testing Image Extensions on desktop as well.

Allowing Beta adopters to utilize Dynamic Image Extensions in this way effectively removes the entry barrier for advertisers who either already house quality, relevant images on their landing pages or lack the development time necessary to begin a new image campaign from scratch. If you don’t want to go the dynamic route, you can of course choose images to accompany your text ads as well. Just make sure images are:

Try Image Extensions for Yourself

As with any Google Ad product, keep in mind that testing is essential. While Dynamic Image Extensions provide you with a pain-free way of adding images to your ads, you’re also giving up control of the images you display; that’s why it’s crucial to A/B test Dynamic Images to determine their efficacy in driving users to your page. As mentioned, you can select the images to be used as well, but the importance of testing increases when you have control over the images shown – perform testing of a few different types of images to determine which are the most likely to drive clicks.

At Vizion Interactive, we have the expertise, experience, and enthusiasm to get results and keep clients happy! Learn more about how our status as a Google Partner, along with our PPC Management, Google Shopping Ads, Social Media Advertising, Amazon Advertising, and other Paid Media services can increase sales and boost your ROI. But don’t just take our word for it, check out what our clients have to say, along with our case studies.