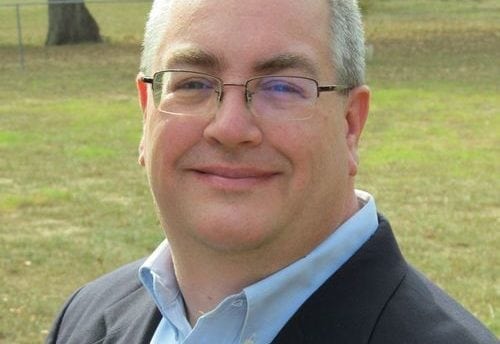 Vizion had the pleasure of snagging a quick interview with Globe Runner Digital Strategist Bill Hartzer.

Check out Bill’s insights in the video below on the interesting topic of using paid advertising to increase organic rankings. Are paid and organic traffic really intertwined, and more importantly, can paid ads really affect organic rankings? Bill believes the answer is, yes! See how, below!

Transcript for the interview:

Kristien: So we wanted to talk a little bit today about using paid search to increase organic rankings.

Bill: Sure. So when we think of paid search, the first thing we typically think of is Google AdWords and pay per click ads. But in fact Google in particular has been very adamant for years that the Google organic database does not share information with the Google AdWords database, and so they’re very adamant about, you know, you cannot buy organic free rankings. But, in fact, you actually can.

So not using Google, it turns out that we’ve done several cases in the past, even recently as last week, where we took…in a test, we took an old article, a news article from 2010, which was at least five years ago, and we promoted it on Facebook and Twitter and so forth, and also did the Facebook ads. Essentially way we drove, we paid for the traffic, we paid for engagement. And since there was a popular article a while back, five years ago, we got a lot of engagement. And it was actually that engagement that helped boost search engine rankings for that article, in that particular case.

So what we actually did was we sat and watched the rankings go from page four for a particular keyword and up to page one in less than a few days, only rarely because we actually paid for traffic, and we actually paid for the traffic, which was social traffic. And so now this engagement and that you can get and Facebook shares and likes and so forth, which was actually real people, not just buying Facebook shares and likes, that actually drove enough traffic in engagement that it affected rankings. So it is my opinion actually that you can now pay for rankings, if you will, because you’re using social and as to drive those rankings.

Kristien: So is this becoming a more popular strategy? Or is it still kind of new?

Bill: As far as a strategy, it’s something that we’re investigating, and with our particular agency and what I’ve been investigating. I don’t think anybody has really addressed it, and I don’t think anybody, any agencies out there have really, or any SEOs, have really thought about it. But it’s something completely new that I’m going to be testing and talking about a little further, and especially with blog posts and taking old blog posts, which is essentially evergreen content, and promoting them, getting that engagement and targeting the proper users to engage and actually make comments and shares and likes and get that going, which will most likely drive organic rankings.

Kristien: So do you see this having any negative effects, or not?

Bill: I don’t see any really negative effects. I do think though that as in the case of it’s a news article, and we pick that case, as long as that engagement is continuing and that traffic is continuing, and the shares and likes are growing, then I think that that particular article or that particular blog post, whatever you’re targeting, is going to remain towards the top of the rankings. But as that particular engagement starts to drop off, okay, and those factors that people…the traffic starts to drop off from the organics. So basically if you stopped doing the paid, it probably will go back to off of page one, for example, and dip down.

So the key would be is actually just identify which ones are able to have a good, consistent engagement over time by just advertising and promoting that particular content, and keep it towards the top. But I do believe that if you had a strategy of paying every month for promoting that particular blog post, for example, and as long as you could keep that engagement, then it would probably continue to do well in the search results.

So going back to the whole concept is the concept of whether or not you can pay for organic rankings. You can certainly pay for them now, and that’s something that we all need to consider because it’s out there, and you’re not paying for Google AdWords ads, but you’re actually paying for social traffic, which is driving rankings.

Kristien: Very interesting. Thanks so much, Bill.