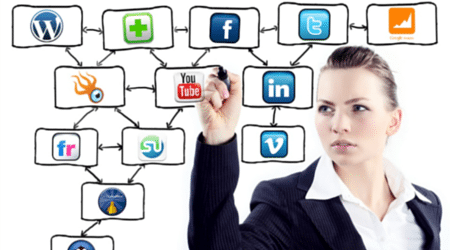 By now, the only people who aren’t familiar with social networking giant MySpace are the elderly, the homeless, and the technologically pure (the best way to avoid global connection is to avoid technology altogether). Despite global awareness of the monster website, I know many people still refusing to join the rank and file of MySpacers. Is it geared toward teenagers and young 20s? Of course. They know who spends the most time socializing online. Can it be turned into a sick virtual repeat of high school popularity contests? Sure, but then Digg does pretty much the same thing in its own way.

Look beyond the pre-teen facade and understand that MySpace is THE place to be to connect with people around the world. It is the place to be because it has the user base. When 141.5 million profiles are registered on a website, it goes without saying that this is the most obvious virtual place to meet.

It’s like this television special I saw the other night on Game Theory. A handful of people were selected for to test Game Theory out. They were divided into couples. The television show representatives dropped these couples off in different places within Washington D.C. and told them that the goal was to find the other groups. No hints. No clues. They were provided with the concept of Game Theory and worked out the problem on their own. All but one group realized that the best way to find someone else who is also looking for you is to go to the most obviously popular landmark/location within the city and hope the others do the same.

Turns out that after some wrong turns, all groups but one converged on the Washington Monument and celebrated meeting each other. The loser group ended up sitting at a bar and drinking to their own stupidity, but that’s not the point. The point is that your best chance of connection is to go where everyone else is likely to go. Sure, you could join Classmates, Hi5, Facebook, Friendster, Hyves, LinkedIn, LiveJournal, Xanga or any combination of 50 other such sites.

So what are your chances of locating the people you’re after? Let’s see: according to Wikipedia, there are 40 million Classmates users, 12 million Facebook users, 29 million Friendster users, 50 million Hi5 users, 2 million Hyves users, 8.5 million LinkedIn users, 11 million LiveJournal users, and 40 million Xanga users. Not bad, but with three times as many users on MySpace, odds are still in your favor of finding that long lost friend, neighbor, or coworker there. Go where the people are.

Having said that, I am not a huge MySpace fan. The advertising is unnecessarily lewd at times (advertising should be adjusted to target the individual profile) and the newness wears off quickly after setting up your profile and finding your first chunk of old acquaintances. And, let’s be honest, if you are following Game Theory for virtual connections, you must also consider which sites are geared toward your desired demographic. Perhaps you’re in your 40s, and you’re looking for an old classmate. Visiting Classmates.com could be your best bet. Adults 40+ are less likely to put up with the excessive youthfulness that MySpace imposes. LinkedIn might be your best bet to find professional connections with other tech savvy adults around the world. It’s a much smaller group, but wonderfully free of kiddie spam.

Some of you out there are still juggling 4-10 networks because you can’t get all of your friends to convert to MySpace and you refuse to miss out on the opportunity of finding that one or two elusive people still hiding in obscurity. To you, I recommend looking into Spokeo. After joining Spokeo, you can draw all your content from MySpace, Xanga, YouTube, Flickr, PhotoBucket, Blogger, Hi5, Facebox, Digg, Friendster, WebShots, LiveJournal, and more into one social networking RSS feeder that is available to the public. We’ve yet to determine how great an asset Spokeo can be for actually communicating with others, but it’s at least nice to draw everything into one space and present a unified image.